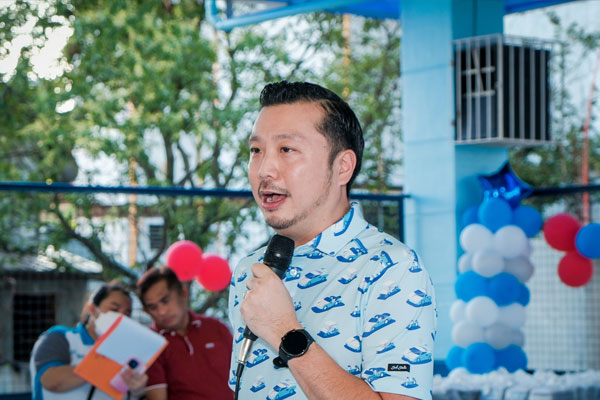 Valenzuela Mayor Weslie “Wes” Gatchalian delivered his first State of the Children Address during the city’s celebration of children’s month — the “Parada ng Pangarap” – at People’s Park Amphitheater, Valenzuela City on Nov. 26, according to a report by Manila Bulletin.

“In Valenzuela City, we focus on the welfare of families. Inaalagaan natin ang bawat pamilyang Valenzuelano (We take care of families in Valenzuela). We implement programs that foster the well-being of each and every member, most especially of the children,” said Gatchalian in his address.

The mayor said that it was not only his first State of the Children Address but also the first in the history of Valenzuela.

He also said that maternal health and malnutrition are two of the many city’s objectives for children.

He said the barangay health workers continuously hold seminars to teach mothers on the importance of prenatal checkups, breastfeeding, and good nutrition practice.

Meanwhile, Gatchalian reported that 67, 116 children have benefited from the wide implementation of food assistance through the “Chikiting Patrol” or the distribution of nutribun (nutrition buns) in the city since 2021.

The local chief also tackled different children’s activities and programs that the city had conducted over the months including Covid-19 vaccination for teens, child abuse, education, oral health, deworming, and bullying.

He also mentioned that the city was hailed as the first path-finding city to end violence against children in 2019 and received many awards for exemplary implementation of children’s programs.

Gatchalian thanked United Nations International Children’s Emergency Fund (UNICEF) for partnering with them in organizing the event for Valenzuela children.

“Your integration is indeed integral to the city’s response. Your guidance cascaded with our social welfare team, our guiding light in assuring that our children are being taken care of,” the mayor said.

In line with the celebration which was themed “Bawat Pangarap Patungo sa Ligtas at Malusog na Hinaharap,” over 420 children showcased their dreams through their outfits.

The mayor’s children Tara and Liam Gatchalian also joined the program to voice out their ambition and aspirations.

Liam said he has many dreams but one is to be a politician like his father and uncles, while Tara said she wants to be a pilot someday.