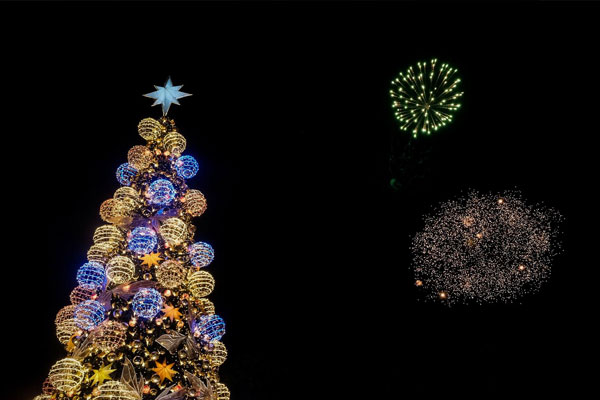 Gatchalian thanked the local government officials and employees for their continuous support to him as the city’s chief executive.

The local government said that the lighting ceremony is dedicated to the 8,000 city government employees.

The city government’s Christmas party was also held during the event where the employees who served the city for 10 to 40 years were awarded with certificates for their loyalty.

Around 4,000 employees attended the event on Thursday, the city government said. The Christmas party for the other 4,000 workers will be held on Friday, Dec. 2.

There were also song numbers performed during the event.

The city’s “Food Fiesta and Christmas Bazaar” was also opened on the same day.

According to the local government, the bazaar in 2020 and 2021 were conducted online due to the Covid-19 pandemic.

This year, the Food Fiesta and Christmas Bazaar will be held from Dec. 1 to 25 along C.J.Santos Street in Barangay Malinta, near the Valenzuela City Hall.

Various local food and products that residents can buy for their Christmas gifts are featured in the bazaar, the city government said.