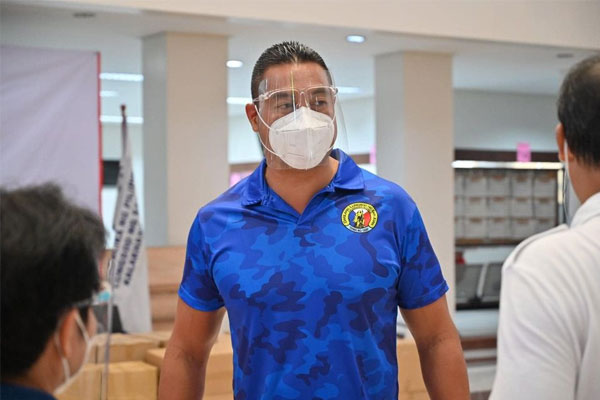 Barangay Kabayanan in the city of San Juan celebrated on Monday the feast of its patron saint Sto. Cristo by opening a community pantry to help those who were affected by the imposition of the recent lockdowns in Metro Manila and in the nearby provinces of Laguna, Cavite, Rizal, and Bulacan, according to a report by Manila Bulletin.

The feast was celebrated with a series of eurcharistic celebrations and the opening of the Sto. Cristo Community Pantry in Santuario del Santo Cristo.

San Juan City Mayor Francis Zamora, together with his wife Keri, attended the celebration and took part in the opening of the community pantry.

Zamora said Barangay Kabayanan traditionally celebrates the Feast of Sto. Cristo with a procession which usually lasts until the evening. But due to the pandemic, the procession was not allowed.