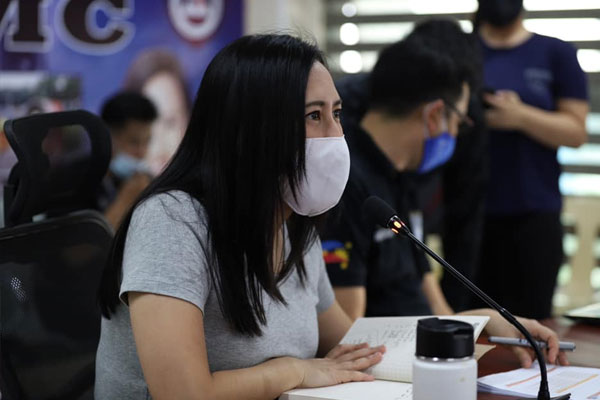 Fixers should ply their illegal trade elsewhere as they will surely land in prison in Quezon City, according to Mayor Joy Belmonte.

The Mayor issued the reaction after the QCPD arrested nine suspects for robbery extortion, grave threats and usurpation of authority.

According to QCPD Director PBGEN Danilo Macerin, the suspects were nabbed in an entrapment operation conducted by the Crime Investigation Section (CIS) following a complaint by a contractor identified as Augusto Caesar Foronda.

One of the suspects, identified as Merlito De Luna, bragged that he can facilitate any government contract, particularly in Quezon City, without the usual bidding process.

De Luna even claimed that they are all employees of the Quezon City government and even dropped Belmonte’s name during his meeting with the victim.

The suspects asked for P5.3 million from the victim in exchange for a government contract involving an infrastructure project. After agreeing to the terms, the victim sought help from the QCPD, which arranged an entrapment operation that led to the arrest of the suspects.

“We laud the QCPD for its swift action that led to the arrest of these unscrupulous individuals. This should serve as a warning that Quezon City is serious in addressing criminality within our jurisdiction,” said Belmonte.

The Mayor also called on residents, particularly businessmen, not to deal with fixers when bidding for various city projects or when applying for permits and other licenses.

Belmonte said the city government has hastened the processing of permits, licenses and other documents needed for business and other transactions.