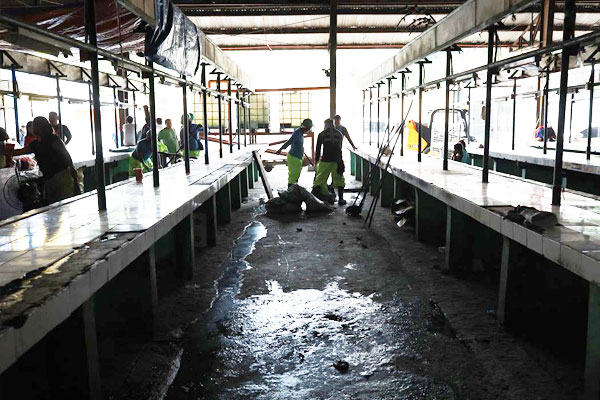 The Quezon City Engineering Department (QCED) is taking advantage of the monsoon break by declogging the drainage systems in the city’s public markets as flood mitigation measures.

The declogging operation was undertaken in response to the orders of Mayor Joy Belmonte to unclog public market canals as well as flood-prone streets in the city.