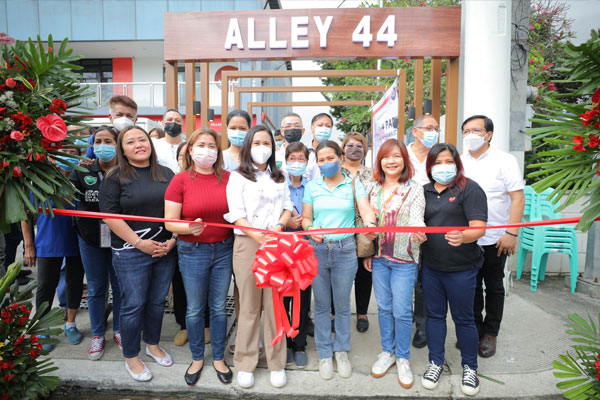 The Quezon City government opened on Thursday, Jan. 12, the newly renovated “Alley 44” walkway in Barangay UP Village in the city, according to a report by Manila Bullein.

According to the city government, the 54-meter long walkway will connect the streets of Maginhawa and Malinis Streets.

The walkway is one of the alleys the city government reclaimed through a memorandum from the Department of Interior and Local Government that orders the clearing of streets and sidewalks from obstruction and encroachment.

It added that the walkway is part of the city government’s efforts to create more open spaces in the city.

“Mula sa dating puno ng kalat, ngayon, ito’y pinaganda na’t maaaring daanan, at gawing venue para sa mga maliliit na kaganapan (From what used to be a place full of trash, today, it has been improved as a pathway that can be turned into a venue for small events),” the local government said.

In November 2022, the city government conducted tree planting activities at the Sacread Heart Village in Barangay Pasong Putik as part of the “A Million Trees Begin with One: Quezon City’s One Million Tree Initiative.”

The initiative aims to enhance the green spaces and to help in addressing climate-induced risks the city.

A tree planting-activity was also held in the Quezon City University on Jan. 11, 2023.

Those who want to participate in the city’s One Million Tree Initiative may send an email to ClimateChanfe@quezoncity.gov. ph, the local government said.