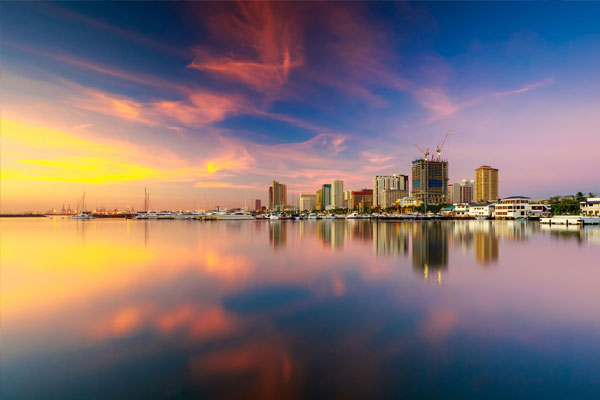 A leader of the House of Representatives filed a bill that proposes to prohibit the Manila Bay reclamation.

“Manila Bay belongs to the Filipino people and must remain in public hands.”

Deputy Speaker and Pangasinan Rep. Rose Marie “Baby” Arenas stressed this as she filed a bill seeking to prohibit any and all forms of further reclamation activities in the entire Manila Bay area and declaring it as a “heritage site.”

The House leader said it is about time for Congress to step in to protect Manila Bay by imposing “serious” penalties against the further reclamation in the bay.

“Given the recent actions of President Duterte, as Chief Executive, and of the Supreme Court, as the judiciary branch of government, to step up its drive to protect Manila Bay, it is imperative that the Congress, as the legislative branch of government does the same, and further empower these other branches to implement such mandate,” Arenas said.

“It is high time for Congress to pass a law that will specifically ban, in no uncertain terms, and make it a serious criminal violation to allow, further reclamation in Manila Bay,” she said.

“This bill seeks to recognize and declare Manila Bay, in its entirety, not only a national historical landmark, but a heritage site that is protected, fully owned by the government, with management policies based on the preservation of an ecosystem and rights-based, people-centered development framework,” Arenas said.

She noted that the Philippine Reclamation Authority (PRA) already entered into some formal understanding or agreement with the cities of Manila, Pasay, Parañaque, Las Piñas, and Bacoor to reclaim 1,440 hectares along Manila Bay covering the area between the Cultural Center Complex to Las Piñas-Parañaque coast.

“The alarming National Reclamation Plan of the PRA aims to reclaim about 38,000 hectares all over the country, involving 102 projects, 70 percent or about 26, 234 hectares of water, which is along the coast of Manila Bay, thereby expanding Metro Manila by more than a third size of about 63,843 hectares,” she said.

Under House Bill 3169, Arenas seeks to revoke all Environmental Clearance Certificates (ECCs) issued by the Department of Environment and Natural Resources (DENR) and all permits issued by any government agency or local government units (LGUs) for the purpose of reclaiming Manila Bay Area.

The measure also disapproves all applications for ECCs pending with the DENR and all other Manila Bay reclamation-related permits pending with any government agency or LGU.

Violators of the proposed Act shall suffer the penalty of imprisonment of six years to 12 years imprisonment and a fine ranging from P5 million to P15 million, it said.

Any public officer who violates the proposed Act shall also be dismissed from public service with accessory penalties.
House Bill 3169 provides that if the offender is a juridical entity, the highest ranking official and the members of its board of directors or trustees who authorized the violation shall suffer the penalty imposed under this Act.

“The operator or owner thereof shall not be allowed to operate similar establishment or enterprise in a different name or style or in a different location,” the bill added.

The measure tasks the DENR to promulgate the necessary rules and regulations for the effective implementation of the proposed Act.