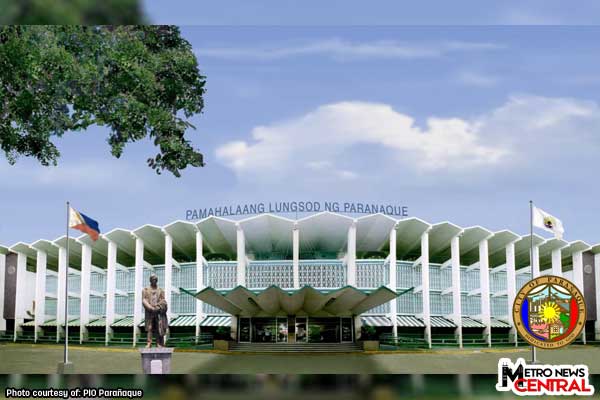 The Department of the Interior and Local Government (DILG) has lauded the Paranaque City government for complying with the directive of President Rodrigo Duterte to reduce red tape and expedite the processing of permits and licenses.

DILG Secretary Eduardo Año made the commendation after the DILG and Parañaque City jointly launched Project: Express Lane Operation (ELO) 2.0 to serve as the benchmark in business regulatory simplification across the country on August 8.

Año said Parañaque’s Business Permits and Licensing System (BPLS) will cut down processing of new and renewal of business application to one to three days only.

“We are pleased to partner with the City Government of Parañaque led by Mayor Edwin L. Olivarez on this project and we hope that other LGUs will follow and replicate this system. It brings together several innovative IT solutions into their pioneering Concierge system, effectively redefining what it means to be business-friendly,” Año said in a statement.

Project ELO 2.0 also features the country’s first-ever computerized Occupational Permit system which is part of its ongoing automation program. It shortens the process of securing occupational or work permits to just four easy steps from the previous 10 to save applicants significant time off from work and thus boost productivity.

Furthermore, Parañaque also has a Zero Contact Policy, where application, payment, and issuance of permits are made available at the Project ELO Concierge using Smart Kiosks located at the newly renovated Taxpayers Lounge of the BPLO of city hall.

Clients can also easily see the progress of their application on the queuing monitors as this feature will display the current milestone of their permit application.

Parañaque has installed Smart Kiosks which are self-service facilities that allow a client to print an application form for renewal of business permit and also the statement of account for the quarterly payments of business taxes and fees. Printing can be done either by using a QR Code or the use of the client’s Business Identification Number.

For his part, Olivarez said they are hoping the launching of Project ELO 2.0 would encourage more businesses to register and set up shops in the city with their simplified and integrated steps in securing business and other permits.

Parañaque has also signed a Memorandum of Understanding (MOU) with the Department of Trade and Industry (DTI) and the Department of Information and Communications Technology (DICT) for interconnectivity for faster and more efficient government transactions in the city.

Año also recognized Parañaque for leveling up its Business One-Stop Shop (BOSS) by being the first LGU in the country to integrate the barangay business clearance in their BOSS operations in the city hall making it the city the first to fully comply with Republic Act 11032 also known as the Ease of Doing Business Act.

“In Parañaque, business owners don’t need to go to the barangay hall because the barangay clearance can be applied, paid, and released in their BOSS in the City Hall,” he said.

Año said that while many LGUs already have their own BOSS, they are not fully compliant with the provisions of the Ease of Doing Business Act and therefore they should step up their game just like what Parañaque did.

A total of 1,218 or 80.34 percent of cities and municipalities have already established their BOSS and streamlined their business registration and business renewal application process but most have yet to integrate the barangay clearance in their process.

''The DILG will continuously capacitate our LGUs to be partners in national development by helping them become more business-friendly and competitive,” Año said.

He urged the remaining 20 percent of LGUs to establish their BOSS and streamline and simplify their business permit application process in order to encourage more investments in their areas.

Año said the reforms has resulted in the registration of 1,460,005 business establishments and collected a total of PHP52.09 billion from business taxes, fees, and charges.