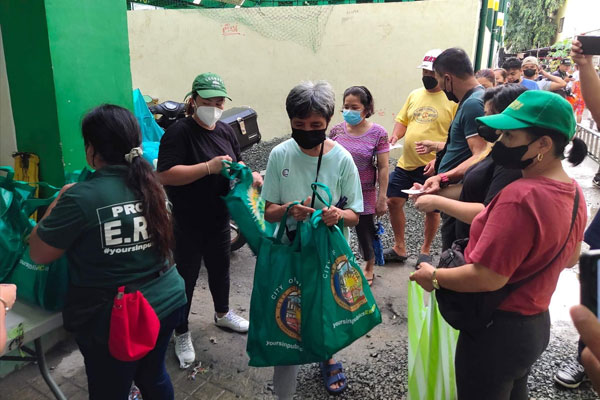 The city government of Parañaque started the distribution of Christmas food packs to more than 200,000 poor residents as part of its annual Pamaskong Handog gift-giving program on Dec. 1., according to a report by Manila Bulletin.

Mayor Eric Olivarez said this year’s Pamaskong Handog kicked off in Barangay Sto. Nino and will cover Barangays Don Galo and La Huerta, all in the city’s 1st District, the following day.

“We have prepared a total of 207,00 food packs consisting of Noche Buena goodies that will benefit our poor constituents all over the city,” Olivarez said.

“Hopefully, this helps our people celebrate a happier and more meaningful Christmas,” he added.

Prior to the gift-giving activity, food tickets were issued to the target recipients in Barangay Sto. Nino on Wednesday, Nov. 30.

Olivarez said the same system will be implemented citywide for an orderly and efficient distribution.

The program is being implemented by the Special Services Office under Majel Co and the City Environment and Natural Resources Office under Mark Besa in coordination with the city’ neighborhood associations and concerned barangay officials.