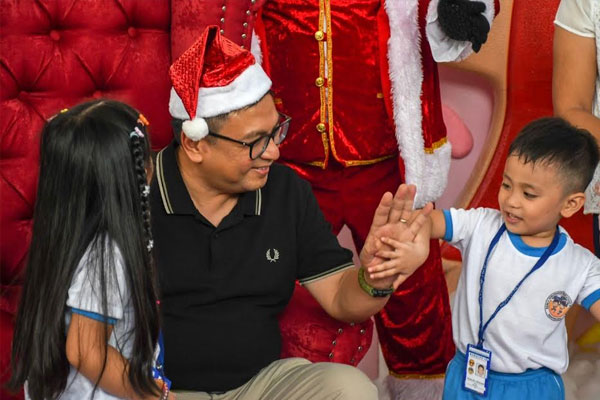 Christmas starts early for ECED, Muntinlupa City’s division dedicated for the early childhood education sector, as it kicks off its 8 Days of Christmas Celebration for the kids.

Early Childhood Education Division (ECED) Head Ms. Jenny Mercado said Mrs. Biazon is intrumental in the conduct of the program because these less privileged children has longed for a Christmas celebration the last two years because of the pandemic.

Mrs. Biazon, together with Mayor Biazon, pushed for the 8-day celebration with the kids this year among the city’s eight barangays. The City Mayor and First Lady found ways on how to celebrate Christmas with these children “dahil ito ay para sa mga bata.”

The nightly celebration will feature Santa Claus, a magic show, games, food & gift distribution for the kids and their caregivers, and the Christmas Lights & Sounds Show at the city hall quadrangle.