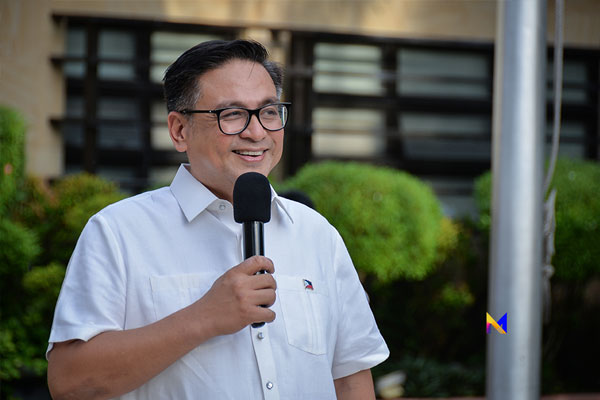 The Bureau of Corrections (BuCor) has granted the request of Muntinlupa Mayor Ruffy Biazon to allow access of students and residents of a government housing project to roads inside the New Bilibid Prison (NBP) Reservation, according to a report by Manila Bulletin.

In March 2021, BuCor built a wall on Insular Road in NBP that prevented residents from entering NBP.

“This pertains to your letter dated 11 November 2022 requesting for access of students of Pamantasan ng Lungsod ng Muntinlupa (PLMun), Muntinlupa National High School (MNHS) and Itaas Elementary School (IES) and access for residents of NHA Southville 3 going to the main and central portions of the city to the New Bilibid Prison roads in order for them to avail of the services of the City Government of Muntinlupa,” BuCor Officer-in-Charge Deputy Director General for Administration Geraldo Aro said in a letter to Biazon.

Aro added, “We are pleased to inform you that your request has been granted by the Acting Director General, provided that they will be submissive for routine inspection/s and will follow the existing security measures, rules and regulations being implemented by this Agency. Rest assured of our cooperation on matters of mutual concern.”

For years, Southville 3 residents had used the road inside NBP as access to go to the city proper.

The three educational institutions are located inside the NBP Reservation and students and teachers had used the NBP roads for decades until restrictions were imposed last year.

“Since the resumption of face-to-face classes in August 2022, students of the Pamantasan ng Lungsod ng Muntinlupa (PLMun), the Muntinlupa National High School (MNHS), and the Itaas Elementary School (IES) have found it gravely difficult to attend classes because of the restrictions imposed by the Bureau of Corrections (BuCor) on the use of roads inside the New Bilibid Prison (NBP) Reservation,” said Biazon in his letter to Catapang.

He added, “The City Government of Muntinlupa (CGM) has undertaken steps to address the problems, but these are insufficient and incomplete without access to these roads. In this regard, we are officially forwarding the request for access of students of the abovementioned schools to the NBP roads. This has been a problem that requires a solution at the soonest time possible. In addition, we request access for residents of NHA Southville 3, going to the main and central portions of the city, access to the same NBP roads in order for them to avail of the services of the CGM.”