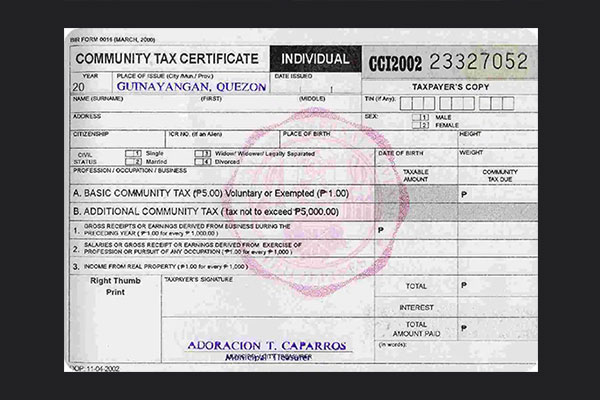 Cedula remains in use in PH

Cedula or residence certificate remains in use in the Philippines today, centuries after the Spanish regime imposed it on the Filipino people.

However, the 1896 "cedula" which marked the start of Philippine revolution and the community tax certificate (CTC) being collected by local government units (LGUs) are different.

In the book "Philippine History and Government", authors Dr. Gregorio F. Zaide and his daughter, Dr. Sonia M. Zaide noted that when Katipunan leader Andres Bonifacio tore up his Spanish-issued "cedula" (residence tax or tribute certificate) one day in August 1896, he shouted: "This is my answer to Spanish tyranny; let us fight for freedom."

The Zaides' book also said one of the earliest revolts against the tribute in the country started in Cagayan and the Ilocos in 1589. In that year, the people there revolted due to the abuses of tax collectors. They killed many Spaniards, but then Spanish Governor Santiago de Vera pacified the rebel patriots by pardoning some of them.

However, the present community tax is being imposed by the Philippine government through the LGUs by virtue of Article 6 of the 1991 Local Government Code (LGC) or Republic Act 7160. The 866-page LGC was authored by the late Senate President Aquilino Q. Pimentel Jr. and signed into law on Dec. 11, 1992 by then President Fidel V. Ramos.

According to Sections 156 and 157 of the LGC, cities or municipalities may levy a community tax as "residents have a financial obligation to specifically contribute to the development of their communities."

Pimentel noted that during the deliberations on the provisions of the LGC, there was serious discussion on the belief that "taxing the people for the right to live in their own country is an aberration of their constitutional right to live anywhere in the Republic. We proposed the abolition of the so-called cedula or residence tax."

"Allusion to the Katipuneros' cry of Pugad Lawin where they tore up their cedulas strengthens the call for the abolition of the cedula. Realizing, however, that it is also a sizable source of income for the government, upon suggestion of Senator Ernesto Maceda, we decided to change 'cedula' to community development tax," Pimentel said.

Section 157 of the LGC states: "Every inhabitant of the Philippines 18 years of age or over who has been regularly employed on a wage or salary basis for at least 30 consecutive working days during any calendar year, or who is engaged in business or occupation, or who owns real property with an aggregate assessed value of PHP1,000 or more, or who is required by law to file an income tax return shall pay an annual community tax of PHP5 and an annual additional tax of PHP1 for every PHP1,000.00 of income regardless of whether from business, exercise of profession or from property which in no case shall exceed PHP5,000.”

In the case of husband and wife, the additional tax imposed shall be based upon the total value of the property they owned and the total gross receipts or earnings derived by them.

Section 158 has this provision for juridical persons liable to community tax: "Every corporation, no matter how created or organized, whether domestic or resident foreign, engaged in or doing business in the Philippines, shall pay an annual community tax of PHP500 and an annual additional tax which, in no case, shall exceed PHP10,000 in accordance with the following schedule:

(1) For every PHP5,000 worth of real property in the Philippines owned by it during the preceding year based on the valuation used for the payment of real property tax under existing laws, found in the assessment rolls of the city or municipality where the real property is located--PHP2; and,

(2) For every PHP5,000.00 of gross receipts or earnings derived by it from business in the Philippines during the preceding year--PHP2.00.

The Community Tax Certificate shall be paid in the place of residence of the individual, or in the place where the principal office of the juridical entity is located.

The proceeds of the CTC collection shall accrue to the general funds of the cities, municipalities and barangays except a portion thereof which shall go to the general fund of the national government to cover the actual cost of printing by the Bureau of Internal Revenue and distribution of the forms and other related expenses. 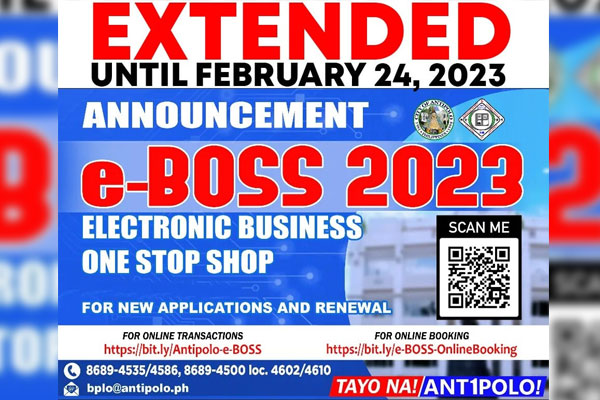 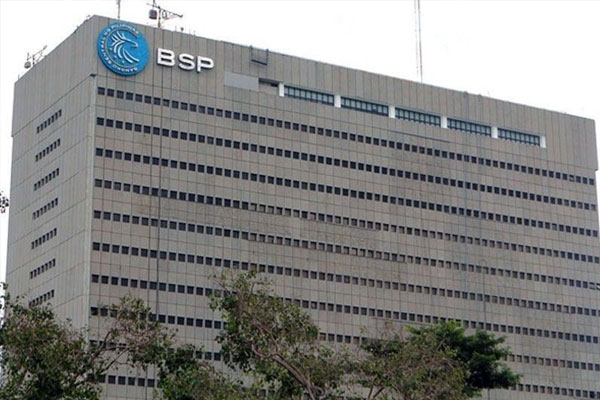 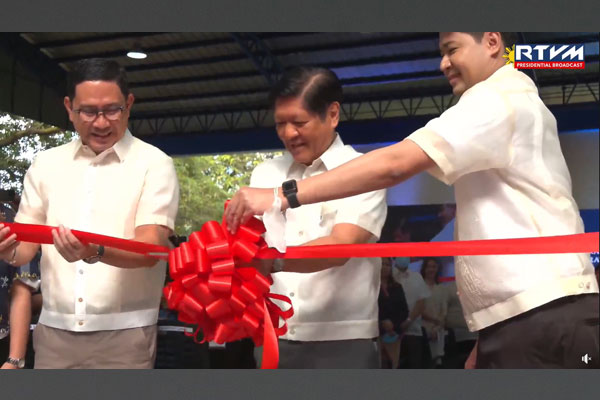