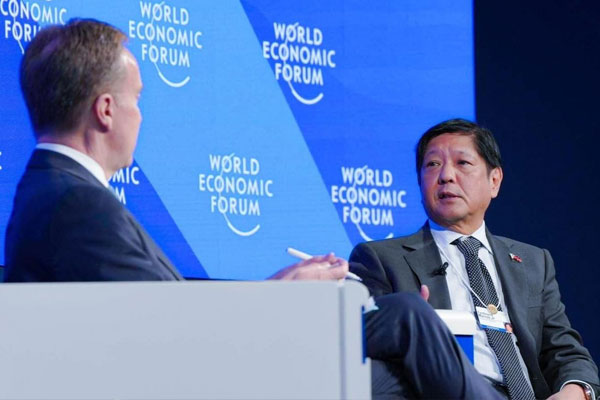 President Ferdinand R. Marcos Jr. on Thursday (Manila time) expressed confidence that the Philippine economy would grow by or even beyond 6.5 percent in 2023, according to a report by Philippine News Agency.

"Well, our projection is 6.5 percent and we're still hoping that it will be able to grow beyond that," Marcos said in a one-on-one dialogue with World Economic Forum (WEF) president Børge Brende.

Marcos said his administration is focused on attaining a higher economic growth rate to ensure the Philippines' fast recovery from the coronavirus disease 2019 (Covid-19) pandemic.

"The strategy is to have high growth rates to pull us out of that situation. So we've done everything," he added.

The Marcos administration's projection is that the Philippine economy would expand by around 6.5 percent this year because of the expected slowdown of the global economy.

Brende said it was "incredible" that the Philippines is one of the best performing economies among the 10 Association of Southeast Asian Nations (ASEAN) member states.

"I think now, [the] Philippines is the fastest growing of the ASEAN countries,” Brende said.

Reforming and reshaping the global economy, Marcos said, gave the Philippines an opportunity to come up with appropriate measures to sustain its economic development.

Marcos said putting a premium on micro, small and medium enterprise (MSMEs) is one of the Philippine government's strategies for the country's immediate recovery, given that the particular sector "comprises a large part of the economy."

"The main concern were jobs," he said. "We concentrated on the MSMEs – the micro, small [and] medium enterprises because that comprises such a large part of our economy. It's the same in most ASEAN countries. I think that's where the growth is coming from," he said.

Marcos said the Philippine government is ramping up digitalization efforts to reform the bureaucracy and developing the infrastructure sector by promoting public-private partnerships (PPPs).

He said his administration is also keeping an eye on the country's unemployment rate amid reports of recession last year.

He, nevertheless, expressed high hopes for the continued growth of the Philippine economy, noting that the country's current "demographic sweet spot" will play a "major role" in fueling rapid development.

Marcos said the Philippines' workforce is "well-trained and sophisticated," adding that Filipino workers are also known to be English-speaking and tech-savvy.

"The demographic sweet spot is the period where optimal number of the country's population would be in the working age and have few dependents," he said.

“And the reason that I’m so confident about that is because we have this workforce, we have a very, very good workforce in the Philippines. We have the youngest workforce in Asia. You might be surprised to know, to learn that the average age of Filipino workers is 23 and a half years old. So that is a huge demographic dividend," Marcos added.

He issued the statement as he acknowledged the possible obstacles in developing key areas, which include infrastructure and education.

The government, Marcos said, is upskilling and reskilling the nation’s workforce.

“So that is where my confidence comes from and that is the confidence that I hope to exude sufficiently to bring that confidence also to all of you and all of our potential partners in the world,” he said. 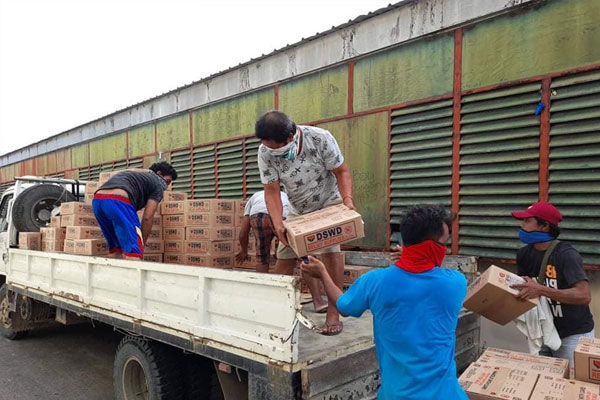 The Department of Social Welfare and Development (DSWD) has commended the United Nations-World Food Programme (UN-WFP) for its unwavering support as a key partner in providing logistical assistance and delivery of relief items to local government uni...