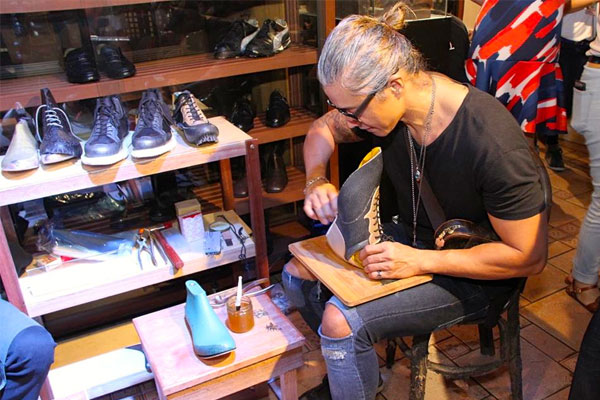 Marikina to put up shoemaking school

Marikina City will build a Shoe Tech school that will be operational by 2020 to address the lack of skilled shoemakers in the city.

“We are targeting to start the construction of the Shoe Tech building two to three months from now. It will be operational by the third quarter of 2020,” Mayor Marcelino “Marcy” Teodoro said during a press conference with shoemakers and businessmen.

“The problem is that we don’t have enough skilled workers. We want to address this problem that is why we came up with the creation of a Shoe Tech School,” he added.

The local government, according to Teodoro, will spend about P60 million for the construction of the school.

It will be built inside the compound of Pamantasan Lungsod ng Marikina (PLMAR) which is located in Barangay Concepcion Dos.

“Trainers of the Shoe Tech School are already in place. They’re trained overseas. Why overseas? It is because our market is global. Ayaw naman nating mapag-iwanan sa style and technology,” the mayor said.

On the other hand, he said that the shoemaking equipment for the school will be provided by the Department of Trade and Industry (DTI).

Teodoro said that they will accommodate at least 10 percent of the school’s total population to be non-resident, but they will be required to work in the city to help the shoe industry.