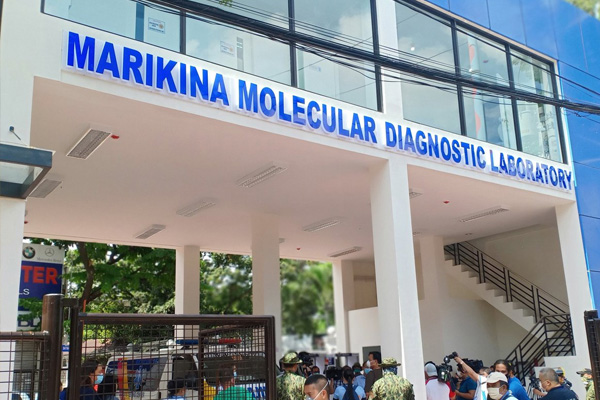 Health Secretary Francisco Duque III on described Marikina City's coronavirus disease (Covid-19) testing facility as one of the best testing centers in the country compliant with standards set by the Department of Health (DOH).

"(It is okay. It is good) It is one of the best laboratories I've seen. (The construction is good. The layout is organized and the equipment are really compliant with the standards). The furnishing is tastefully executed," Duque told reporters after inspecting the testing facility.

Duque also lauded the initiative of Mayor Marcy Teodoro as it will help other nearby areas such as Antipolo City and other areas of Rizal.

"There is no need to go far for testing. It is all here. It will be a good service to the people of Marikina," he said.

Duque hopes that the Marikina Covid-19 testing center will be mirrored by other local governments to help contain the dreaded disease as it can test 400 to 500 patients per day.

"It will be done with proficiency testing by Monday. So by Tuesday, we expect to be operational. Yes, it will be given an accreditation certificate,” he added.

Meanwhile, Teodoro said the city government has complied with all requirements and protocols of the DOH for testing centers.

"We are not rushing protocols. We are not skipping the required standard. We are not foregoing requirements especially in biosafety and security. What we are rushing is the schedule of trainings. This is what we want to clear," he said.

He said trainings were supposed to be scheduled next week by the DOH, but because of the intervention of the IATF-EID, these were scheduled in an earlier date.

Teodoro has stressed the importance of mass testing in combating the highly infectious virus to stop its spread in the city.