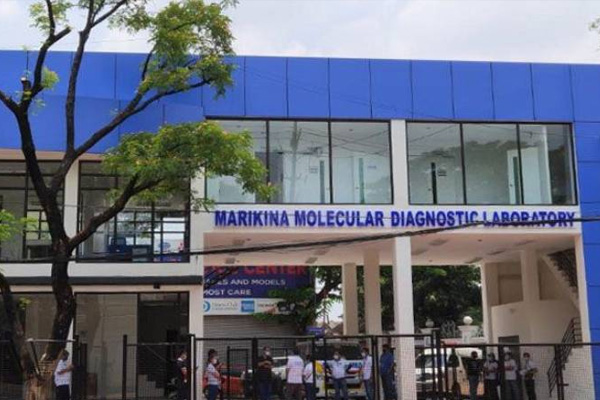 The Inter-Agency Task Force for the Management of Emerging Infectious Diseases (IATF-EID) wants the Department of Health (DOH) to hasten the accreditation of Marikina city’s COVID-19 testing center, according to Mayor Marcelino Teodoro.

The IATF-EID, he said, has pledged their support for the testing center because of the “urgency and the necessity” amid the current health crisis due to the coronavirus outbreak.

“The good news is that the Inter-Agency Task Force has given the Department of Health a directive to expedite the accreditation […] of the Marikina testing center for it to be opened [at] the soonest possible time,” said Teodoro in a statement on April 16, Thursday.

“This will be a part of a network of testing centers to do mass testing as prescribed by the directive of President Duterte,” he said, noting that “early detection and early testing means early treatment to save lives and effectively avoid transmission of the virus.”

To recall, the local chief executive has earlier said that they will open their COVID-19 testing center, with or without the approval of the DOH, saying that he has invoked the city’s “local government autonomy.”

Teodoro assured that local government is taking all necessary steps to comply with the protocols and standards set by the Health department.

He said laboratory technicians and medical technologists of the testing center are currently undergoing the required Biosafety Level 2 training.

They are also currently taking proficiency training to determine their skills level and the functionality of the laboratory. This is to ensure their safety as well as that of the community.

He also added that they are currently calibrating the machines that will be used at the facility.

After the training, the mayor said that they will take a proficiency test that will be followed by the accreditation of the testing center.

Teodoro stressed the importance of mass testing in order to slow down the spread of the disease in the city.

For nearly a month, the scheduled mass testing of the local government has been put to a halt after the Health department rejected the city’s proposed COVID-19 testing center. The facility was previously set up at the sixth floor of the City Health Office.

After an assessment, the DOH earlier said that the facility needed “further enhancement and [to] adhere [to] existing standards for biosafety and biosecurity.” The DOH also noted that it should be transferred to another location.

In response, the local government has identified a new location for the testing center—a two-story, free-standing building in Barangay Concepcion Uno—and transferred the machines and equipment they have procured for the facility.

The mayor expressed his gratitude to the IATF-EID for directing the DOH to expedite the accreditation of the “much-needed” testing facility, particularly Interior and Local Government Secretary Eduardo Año, and Executive Secretary Salvador Medialdia.

“I am very thankful to IATF, especially to Sec. Año and Executive Secretary Medialdea, for backing our testing facility,” he said.

According to Teodoro, the testing facility of Marikina is for less fortunate Filipinos who do not have the money to get tested for COVID-19.

“This facility is for free,” he explained. “It is for every Filipino—for those without the means to get tested for COVID-19.”