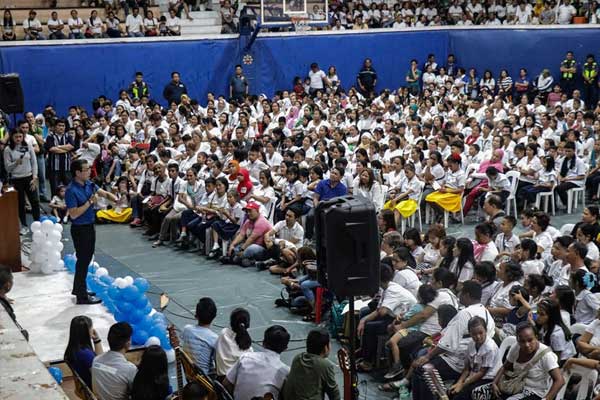 In his speech, Domagoso called on the children to prioritize and focus on their studies before engaging in things that entertain them, saying there is a time for everything.

He also reminded them to strictly observe the city’s curfew by making sure that they are already home before 10 p.m. to spare their parents or guardians from suffering the sanctions of the said ordinance.

The mayor told those present that they could all become successful someday, citing his case as being a product of public schools, all the way from pre-school to high school.

Meanwhile, Lacuna, who is also the council presiding officer, gave assurance that the city government will give every assistance possible and, in return, she asked the students to make their parents happy by studying well.

He said this was only the second time that the city government had given the said kind of assistance to public school children.

The assistance covered public elementary and high schools from Districts 1,4 and 5 in Baseco, Tondo.