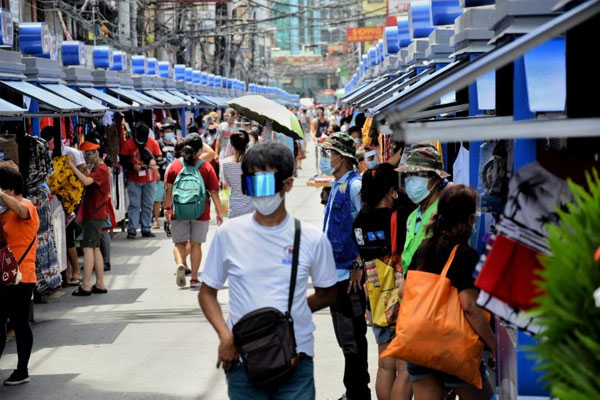 Ylaya Street in Divisoria, where one finds bales of textiles sold at bargain prices has been given a fresh organized look after Mayor Francisco “Isko Moreno” Domagoso launched the Ylaya Organized Vending Saturday.

Gone are the unorganized stalls selling ready-to-wear clothes, curtains, bed sheets that spilled to Ylaya street closing it to vehicular traffic for years.

The renowned “textile capital” in Divisoria now teem with about 100 newly-constructed and newly-painted stalls.

“Etneb sa umaga, etneb sa hapon, takwarens buong araw. May sariling kontador, wala nang ‘eddie at patty’ (P20 in the morning, P20 in the afternoon. P40 for the whole day. It comes with own electric meter and there would no longer be ‘eddie and patty’),” Moreno said in a Facebook post.

This means that vendors who previously sold items on the sidewalk that spilled to the street will now pay a P40 rental fee daily per stall.

Moreno said the stalls come with an electric meter and vendors would no longer have to pay a fee to illegal collectors to retain their spot on Ylaya street to sell items, a practice employed by barangay officials some of whom were investigated for extortion after Domagoso assumed office.

In November last year, Domagoso banned vendors from Ylaya street after he was greeted by piles of garbage left by vendors during a surprise pre-dawn inspection.

Since Domagoso assumed office, Juan Luna, Ylaya and Claro M. Recto streets were not only cleaned but also opened to vehicular traffic.