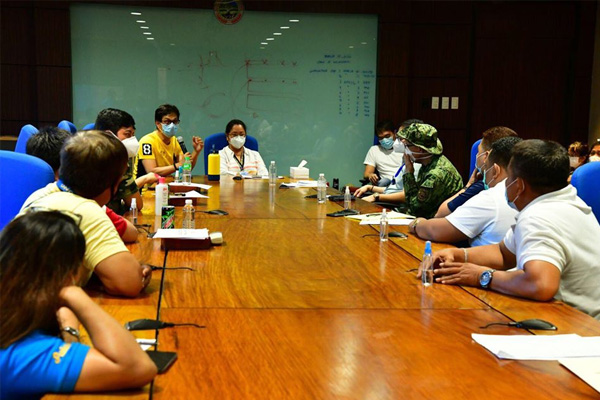 Mandaluyong City will place the 3,000 residents of Barangay Addition Hills under a week-long “total lockdown” starting May 7 amid the high number of coronavirus cases in the area.

(After speaking with Barangay Chairman Carlito Cernal and his Council and on the recommendation of our CESU, I have approved to place Barangay Addition Hills under total lockdown for one week starting May 7, 2020.)

Barangay Addition Hills is one of the villages in the “Tiger City” with the highest number of confirmed COVID-19 cases. According to the latest update of the local government, the barangay has 57 confirmed cases with six deaths and 12 recoveries as of May 4.

During the seven-day lockdown, the local chief executive said some 3,000 residents of the barangay will undergo a random rapid mass testing which will be supervised by CESU.

The local government, she added, will also deliver food packs to all residents of the barangay starting Tuesday.

(We will issue an Executive Order for the implementation guidelines of the lockdown in Barangay Addition Hills which will be posted on my Facebook page and at the Mandaluyong Public Information Office.)

Meanwhile, the mayor said they are currently studying their next steps to be undertaken for other barangays in the city with a high number of confirmed COVID-19 cases.

Barangay Mauway has also recorded 57 confirmed COVID-19 cases with eight recoveries and three deaths, but the local government has yet to decide on the measures to be implemented in the area.

As of May 4, there were 418 confirmed cases of COVID-19 in Mandaluyong City with a total of 36 deaths and 82 recoveries.

The local government credited the high number of COVID-19 cases in the city to the intensified mass testing being conducted in Mandaluyong to persons suspected with the disease.

The Mandaluyong City government has recently partnered with the Philippine Red Cross for the conduct of mass testing in the city. The headquarters of the humanitarian organization is located in Mandaluyong.