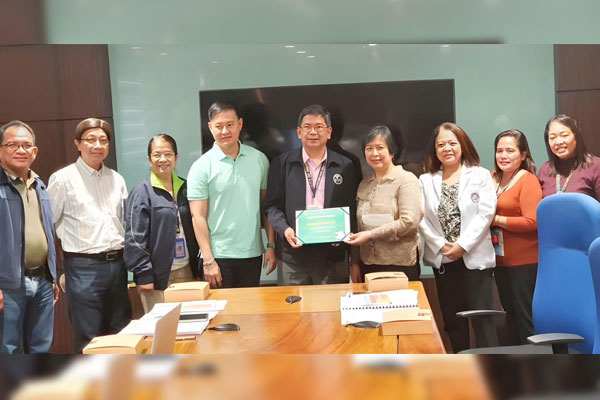 The Mandaluyong City government was praised by the Department of Health (DOH) on Friday, Nov. 25, for its participation in the agency’s “Vax Baby Vax” immunization campaign against viruses and diseases, according to a report by Philippine News Agency.

According to the city government, Mandaluyong’s Local Health Board headed by city health officer Dr. Arnold Abalos met with DOH-NCR Regional Director Gloria Balboa as she personally presented a Certificate of Recognition to the local officials for successfully inoculating 99.66 percent of its targeted eligible population during the campaign.

The “Vax-Baby-Vax” campaign aims to inoculate infants around the country against different viruses and illnesses such as Hepatitis B, Diptheria, Pertussis, Tetanus, Haemophilus Influenza Type B, Polio, Measles, Mumps, and Rubella.

Abalos also discussed with Balboa the initiatives the city is taking to boost the number of infants it is vaccinating and its programs against the spread of Hand, Foot, and Mouth Disease (HFMD).

In October, the DOH raised the alert against HFMD after recording over 100 children getting infected with the disease in a town in Batangas.

The local government of San Pascual reported that 150 children have caught the disease, prompting the suspension of classes in 15 villages in the town.

HFMD is a highly contagious infection which is caused by viruses from the Enterovirus genus, most commonly the coxsackievirus.

These viruses can spread from person to person through direct contact with unwashed hands or surfaces contaminated with feces. It can also be transmitted through contact with a person’s saliva, stool, or respiratory secretions.

HFMD is characterized by blisters or sores in the mouth and a rash on the hands and feet. However, more severe symptoms such as meningitis, encephalitis and polio-like paralysis may occur.

HFMD is different from Foot and Mouth Disease, which exclusively affects animals and livestock and does not affect humans.

DOH Officer-in-charge Maria Rosario Vergeire said that the agency is still investigating the source of the outbreak.