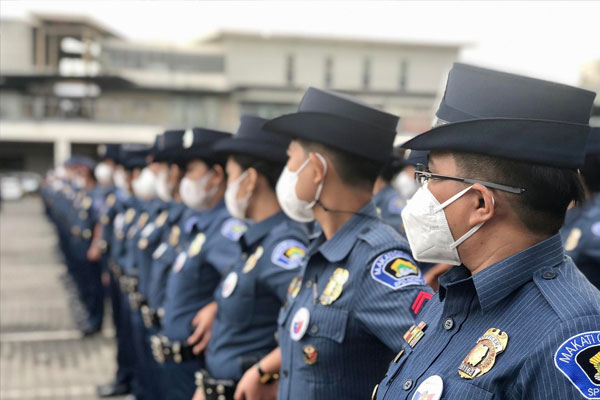 Makati Mayor Abby Binay commended the Makati Police Department for ranking first in terms of performance among seven police departments under the Southern Police District for the month of November.

"We are proud to have these dedicated officers serve our city and act as a formidable barrier against crime. This feat is an example of the hard work of our police force, and I believe that with their relentless efforts, Makati will remain a peaceful and secure place for everyone," she said.

Citing a report from the Southern Police District, Mayor Abby said the Makati Police obtained a score of 94.78% for implementing programs of the Philippine National Police (PNP).

The PNP uses the unit performance evaluation rating system to measure the efficiency of police departments.

The mayor said the local police also ranked first for three consecutive months from July to September and second in October.

According to Col. Edward Cutiyog, Makati Police chief, 89 suspected drug pushers and users were nabbed in 54 separate operations from November 1 to 30.

He said 106 suspects were also arrested in 38 separate operations for illegal gambling, while 5,878 people were apprehended for violating city ordinances, including the curfew policy, traffic violations, drinking in public, smoking in non-designated areas, urinating in public places, and littering.

"This is a clear indication of the excellent work done by our policemen and their commitment to public safety. Makati will continue to support our police and provide them with the necessary resources, training, and support to ensure that they can uphold their responsibilities to our people with excellence," said Mayor Abby.

She also thanked the Makati Police for their hard work in keeping the citizens safe and urged Makatizens and workers to be vigilant and report suspicious persons and illegal activities in the city to the Makati Police at (02) 8887-6642 or 0929-793-6525.