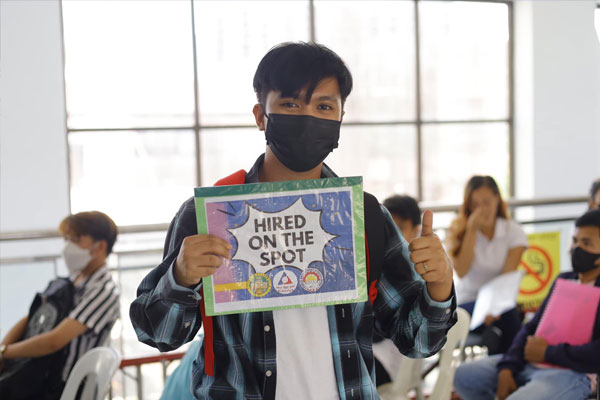 Las Piñas conducts house interviews for ‘Hired on the Spot’

The Las Piñas Public Employment Service Office (PESO) conducted house interviews as part of its weekly employment facilitation program called “Hired on the Spot” on Nov. 14, according to a report by Manila Bulletin.

Mayor Imelda Aguilar said the “Hired on the Spot” program is being conducted by PESO, in coordination with the Department of Labor and Employment (DOLE), with the goal of ensuring prompt and efficient delivery of employment facilitation services.

Aguilar said the program also aims to provide employment to workers displaced by the pandemic, particularly to Las Piñas residents.

She said over 150 applicants send their resume daily to PESO and around 40 percent of the applicants get hired on the spot.

The mayor said that in addition to PESO house interviews, booths are also set-up in the city’s different barangays and partner establishments.

Aguilar said interested applicants may inquire through the Las Piñas PESO Facebook page or through the hotline 8658-2252.