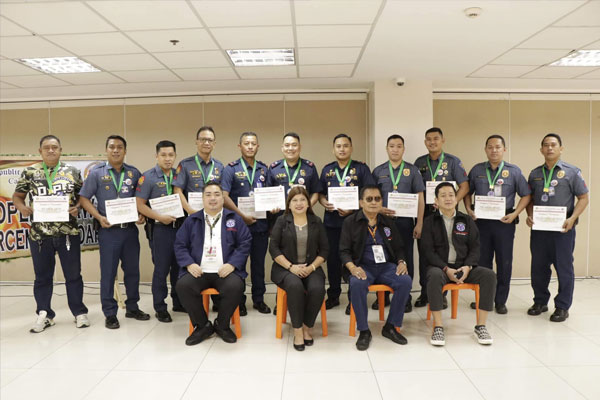 The Caloocan City People’s Law Enforcement Board (PLEB) cited on Wednesday, Oct. 26, the members of the Caloocan City Police Station (CCPS) for the successful arrest of two suspects in the robbery-slaying of a man last August, according to a report by Manila Bulletin.

The city government said that the PLEB awarded the medals and a plaque of recognition to the nine CCPS West Grace Park Sub-station (SS 3) officers and investigators who responded and worked on the incident which led to the arrest of the suspects identified as Jeffrey Ello and Roger Berlos.

According to the SS 3, they conducted a thorough investigation on the incident after the mother of victim Jesterson Camero reported on Aug. 13 that her son went missing.

The operatives were able to obtain closed-circuit television (CCTV) footage showing the suspects carrying a large carton box which allegedly contained the victim’s body and loading it to a white van on 8th Avenue in Brgy. 61, Caloocan City.

Police said the victim was robbed and killed by the suspects.

On Aug. 19, police probers were able to locate the relatives of Berlos, who contacted him through video call. Berlos revealed to the police where they buried the victim.

The SS 3, in coordination with the Tarlac Police Provincial Office, retrieved the victim’s body in a lot in a subdivision in Barangay Sta. Rosa, Concepcion, Tarlac.

Berlos voluntarily surrendered to the police on Aug. 22, while Ello was arrested in front of a hotel in Barangay 78 in Caloocan City on Aug. 20.

Police said that a robbery with homicide case was filed against the suspects before the Caloocan City Prosecutor’s Office on Aug. 22.