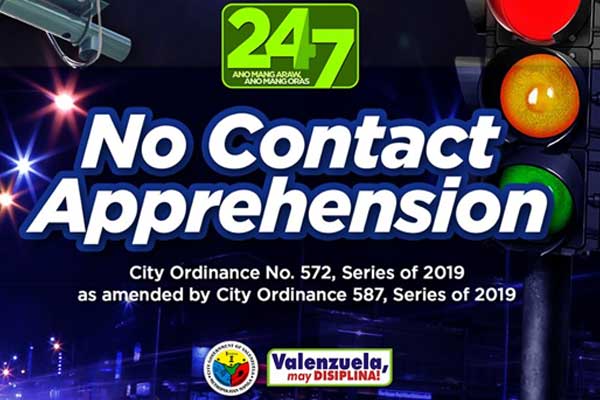 Valenzuela will be the second city in Metro Manila to implement this kind of program after Parañaque City.

City Ordinance No. 572 states that the NCAP will “instill discipline among motorists” with the use of “state-of-the-art, evidence-based, and comprehensive” traffic enforcement cameras which will be installed along some of the major thoroughfares in Valenzuela City.

Manolo Ona, managing director of QPAX Traffic Systems, Inc., said these cameras will be funtctioning 24/7 and will be used to capture clear images of traffic violations, the plate number of those involved, and other road incidents.

“There is no human intervention as detection of the cameras are concerned. The system itself is smart enough to detect the violations,” he said.

Ona said 18 camera sets will be installed, which will cost about P46 million. For now, only three camera systems have been installed at the MacArthur Highway, particularly at Karuhatan and Gov. Santiago, said Valenzuela City Mayor Rex Gatchalian.

When asked about what would happen to the traffic enforcers once the cameras are installed, Gatchalian assured that he would not lay them off but will just transfer them to other areas were cameras cannot be placed.

Traffic violators who will be caught will receive a notice of violation, that indicates the violation made and the corresponding penalty, when and where it happened, and two photos showing the incident. They will also receive a link where they can watch a 12-second video of their violation.

Additionally, traffic violators will not be able to renew their registrations at the Land Transportation Office’s (LTO) Motor Vehicle Registration Alert System (MVRAS) without paying for the fine.

Gatchalian said the NCAP will not only help the city’s traffic enforcers become more efficient in managing traffic, but also lessen corruption.

Fines for traffic violations in Valenzuela City range from P500 up to P5,000. Payment can be made at the Redemption Office of the Valenzuela City Traffic Management Office (TMO) or at any United Coconut Planters Bank (UCPB) branch nationwide.

The funds to be collected from this will be put in a hemodialysis trust fund for the impoverished residents of Valenzuela.

LTO Assistant Secretary Edgar Galvante commended Valenzuela for implementing the NCAP and said it would be of great help to the LTO in catching traffic violators.

“Magkakaroon tayo ng disiplina sa trapiko. Isang malaking tulong ito, hindi lang sa LTO, kung hindi sa lahat (With this program, we will be more disciplined when it comes to traffic. This is a big help, not only to the LTO, but to everyone),” he added.