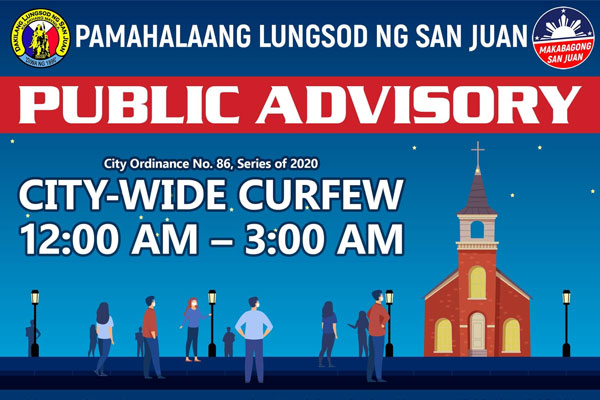 San Juan City Tuesday announced the shortened curfew hours that will be implemented in the city, according to a report by GMA News.

In an advisory, San Juan government said curfew hours will be from 12 a.m. to 3 a.m. Frontline workers remain exempted from the said curfew.

The Metro Manila Council earlier said a shortened curfew would allow the public to attend the traditional Simbang Gabi this holiday season.

The rest of the country, meanwhile, will be under modified general community quarantine.