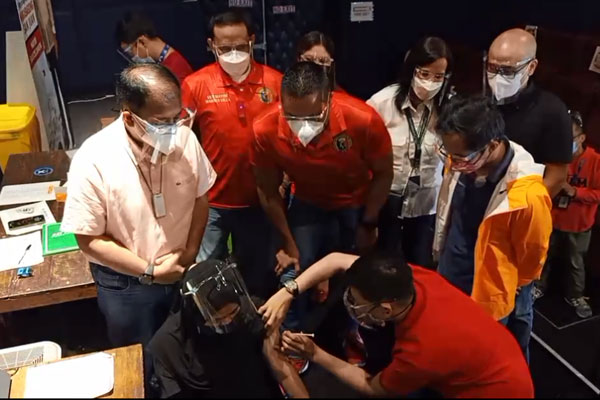 San Juan City said Thursday that it has already inoculated more than 100,000 San Juaneños as of July 14, according to a report by Manila Bulletin.

“We are happy to announce that as of July 14, the city government of San Juan has already vaccinated a total of 100,217 individuals with their first dose,” San Juan City Mayor Francis Zamora said in a statement.

The mayor said the city has vaccinated 34,632 residents with their second dose.

“We will not stop even if we achieve our target. We will continue vaccinating all San Juaneños who are qualified based on age and health status for as long as we have the supply of vaccines,” Zamora said.

The city reached its target population to achieve herd immunity against COVID-19 last Monday, becoming the very first LGU in the country to reach a milestone.