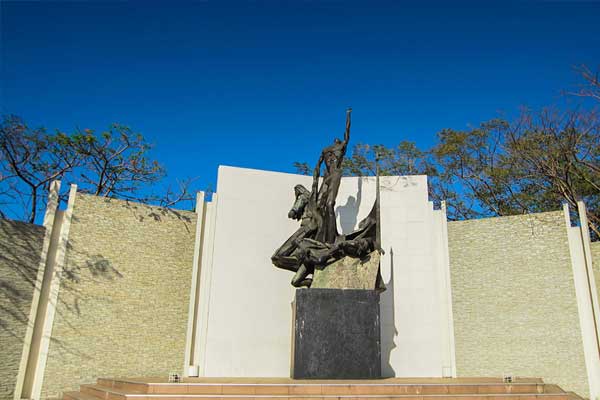 The Pinaglabanan Shrine in San Juan City has been reopened to the public.

The newly rehabilitated shrine is a realization of Mayor Francis Zamora’s campaign promise to give it an enhanced look and greater importance commensurate with its historical significance.
With funding sourced by Rep. Ronaldo “Ronny” Zamora, his father, the shrine was landscaped, repainted, given a cobbled flooring, and lighted to highlight and memorialize the sacrifices of the Katipuneros in the Battle of Pinaglabanan in 1896.

“The Battle of Pinaglabanan was a very historic event that deserves to be immortalized. This is a symbol of the Filipinos’ bravery, that despite a great disadvantage in terms of weapons, our heroes were willing to give their life, so the Philippines will be freed from its oppressors,” Rep. Zamora said during the inauguration on Friday night.

More than 50 stalls were set up in a Christmas bazaar where local entrepreneurs will be showcasing and selling their products at the Pinaglabanan Grounds. The bazaar will be open from Friday to Sunday until 5 January 2020.

The mayor also led the lighting of the city’s giant Christmas Tree, life-sized manger and Christmas decor around the shrine. Guests present were also treated to a 15-minute fireworks display, as well as a meet and greet with Santa Claus.

“We hope to usher in the spirit of Christmas and foster kindness, camaraderie and love to the city and to every San Juaneño. We want to tell them that our administration will do everything to bring hope and prosperity to all its citizens,” Mayor Zamora said. 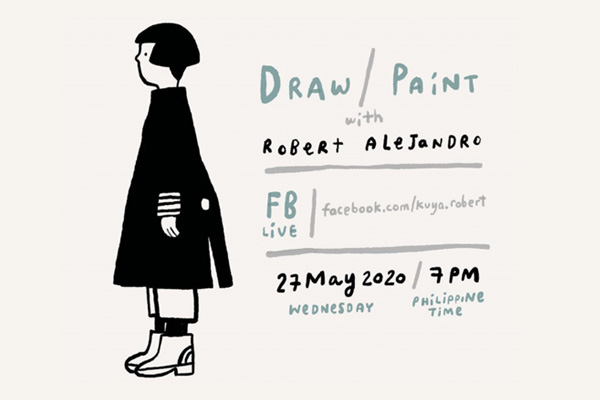 Robert Alejandro is set to hold a live drawing and painting class online, according to GMA News. The award-winning artist and Papemelroti owner announced on Instagram that he would be holding the art class via Facebook tonight at 7 p.m. To join the...