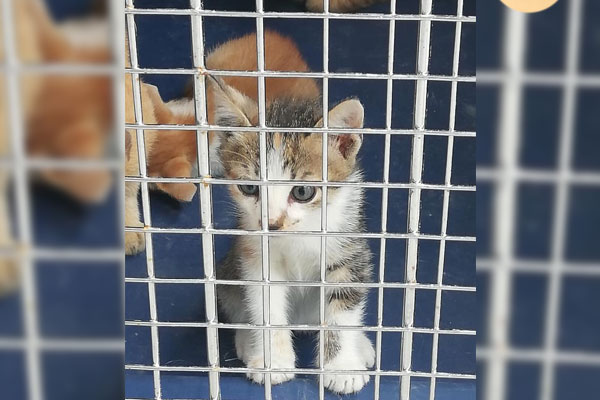 PDEA Director III Irish C Calaguas, Acting Deputy Director General for Administration and Chief-of-Staff, said the stray cats, consisting of 12 adults and seven kittens, were rescued in compliance with Section 7 of Republic Act 8485, An Act to promote animal welfare in the Philippines, or “The Animal Welfare Act of 1998”.

The law explicitly states that “It shall be the duty of every person to protect the natural habitat of the wildlife. The destruction of said habitat shall be considered as a form of cruelty to animals and its preservation is a way of protecting the animals”.

The rescued cats are scheduled to undergo neutering and spaying to prevent unwanted breeding and overpopulation of homeless pets. The procedure will be done by PDEA Veterinarians assigned at the PDEA K9 Unit under the direct supervision of Agent Diana Amar.

On the other hand, two dogs named “Julio” and “Julia” who are living inside the PDEA Sagip Batang Solvent Reformation Center in Clemente Subdivision, Barangay San Agustin, Novaliches, Quezon City, recently underwent neutering and spaying procedures. Both dogs are on their way to recovery.

“We strongly denounced animal cruelty. This is part of PDEA’s advocacy as it endeavors to promote a healthy working environment where its personnel can co-exist with domesticated animals,” Calaguas said.