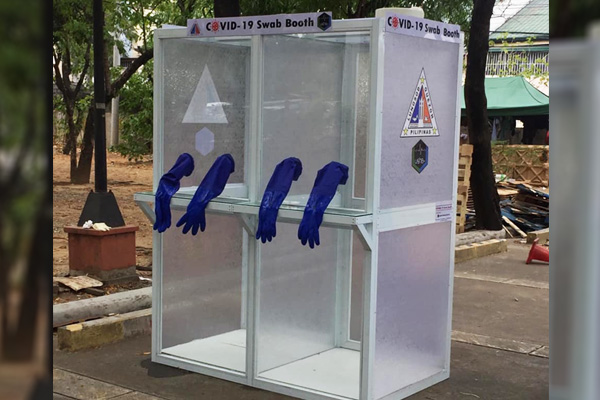 Quezon City installed swab booths, like the ones used in South Korea, to get specimen from patients who will be tested for COVID-19.

The booths were developed by engineers of Mapua University and USHER Technologies.

“Its design was based on Korean testing booths with negative pressure to prevent air from circulating and to protect the health worker from getting infected from the aerosol generating procedure being performed,” MAPUA School of Civil, Environmental, and Geological Engineering wrote on Facebook.

The test booth will be disinfected after every swab procedure.

The use of swab booths will also help reduce the exposure of healthcare workers to droplets from people infected with the virus and will also lessen the need for personal protective equipment (PPE).

“More people are expected to get tested with the improved testing operation,” it added.