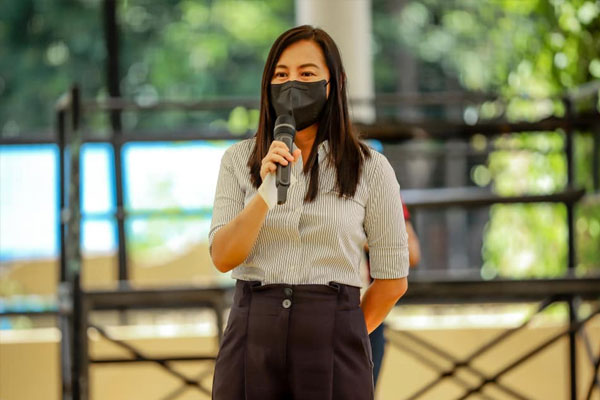 Quezon City Mayor Joy Belmonte and representatives of the local government announced the implementation of the No Contact Apprehension Program (NCAP) in the city. The program aims to enhance road safety, alleviate traffic congestion, and instill traffic discipline among motorists traversing the city.

NCAP will utilize state-of-the-art cameras with artificial intelligence technology to capture, photograph, and record the conduction stickers and plate numbers of vehicles in violation of traffic rules and regulations.

When the said cameras detect a traffic violation, the system will generate a Notice of Violation or NOV to be sent to the Local Government Unit for review and approval. Once approved, the NOV will be given to the residence of the registered owner of the vehicle within 14 days and they will be given 30 days to pay their fines. The NOV entails a photograph with timestamp of the motor vehicle in the place where the violation was committed, along with the corresponding details relevant to the violation cited. It will also serve as a written warning and a means of alerting citizens that the program is already in effect.

Initially, the local government will implement a 30 day dry-run beginning October 11 where fines won't be imposed against violators. But after the said period, violators will be fined P2,000 for the first offense, P3,000- P4,000 for the second offense and P5,000 for the third offense depending on the type of violation.

"Yung mga matatakot lang sa ating batas ay mga violator. We are making sure na may malaking signs sa mga lugar na mayroong camera for NCAP. Rest assured that this program is for the city, for the protection of its citizens, and to instill discipline to our motorists," Committee on Laws, Rules, and Internal Government Chairman and Majority Floor Leader Coun. Franz Pumaren said.

For his part, Department of Public Order and Safety (DPOS) Head retired PB/Gen Elmo San Diego said the program will be beneficial in the enforcement of traffic rules and regulations for citizens and motorists and limits face-to-face interaction.

“This is very timely during the pandemic also because it will lessen the face-to-face interaction between traffic enforcers and motorists and will therefore decrease the risk of viral transmission.  Mawawala na din yung pakiusapan at ayusan with traffic enforcers and all motorists shall be encouraged to follow all traffic rules and regulations,” San Diego said.

The NCAP is being imposed following the passage of of an ordinance by the City Council amending the QC Traffic Management Code of 2018.

The program is also said to be an effective tool in road safety and traffic management after it was previously implemented in nearby cities such as Valenzuela, Parañaque, Manila and recently, Cauayan City in Isabela.