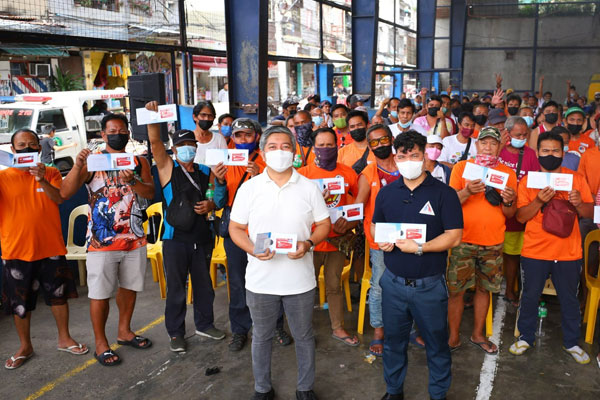 A total of 1,434 tricycle drivers and operators in Quezon City have received fleet cards with P1,000 fuel subsidy from the local government from July 7 to Aug. 3, according to a report by Manila Bulletin.

Benjamin Ibon III, Task Force head for Transport and Traffic Management-Tricycle Regulatory Division chief, told Manila Bulletin on Wednesday, Aug. 3, that the beneficiaries who already received the cards are members of the Tricycle Operators and Drivers Association (TODA) from the city’s Districts 1, 2, and 4.

Under City Ordinance SP-3100-2022 enacted last March 14, the city will provide P1,000 fuel subsidy fleet cards to tricycle-for-hire with existing franchise (drivers and operators) in the city’s six districts who were affected by the unprecedented increases in fuel prices.

Ibon said they are targeting to finish the distribution of the fleet cards to around 23,000 TODA members in September.

He added that the next distribution of the fuel subsidy cards will be on Friday, Aug. 5, in the city’s fifth district.