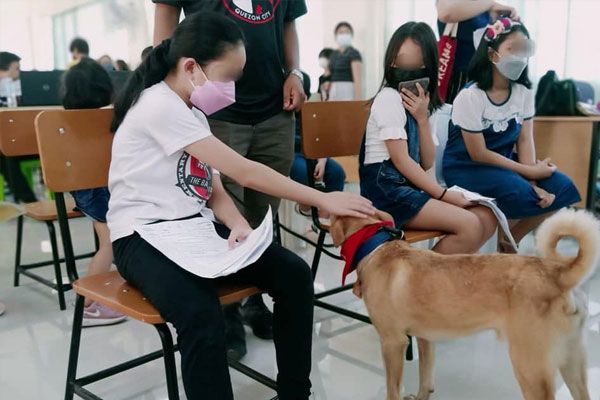 Service dogs are helping calm anxious children at vaccination sites in Quezon City, according to a report by Philippine News Agency.

Upon seeing Chichi and Coffee, the children’s faces lit up and giggles were heard all around the North Fairview Elementary School where the rescued local dogs of the Quezon City Veterinary Department were deployed on Thursday.

Parents and guardians were assured both have been examined, groomed, vaccinated, and trained for two months to become emotional support dogs.

The city has also trained 14 others as community service dogs or bomb and drug-sniffers of the Quezon City Police District.

Other rescued dogs are being trained to accompany residents in institutions for the aged, rehabilitation centers, and temporary shelters.

The QC Veterinary Department also has an ongoing anti-rabies drive, with vaccines already administered to some 500 dogs and cats while 129 have been spayed and neutered, 400 were inserted with microchips, and 200 have availed of free consultation and deworming.