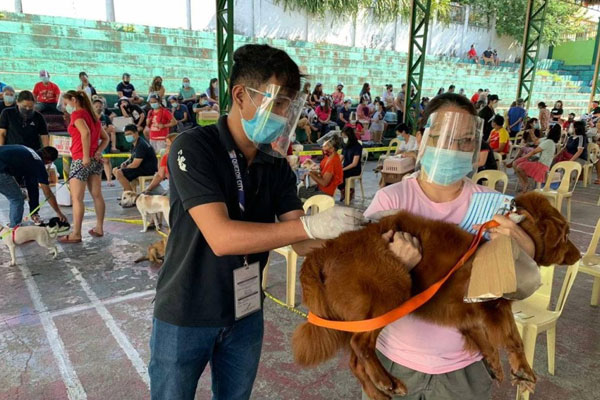 The Quezon City Veterinary Department is ramping up its anti-rabies vaccination efforts following the rise in rabies cases and a fatality in District 1.

“Our City Veterinarian recently recorded five animal rabies cases and one human death within a month, that’s why the district has now been categorised as high risk,” Mayor Joy Belmonte said.

The City Vet is currently conducting a house-to-house anti-rabies vaccination drive within a one-kilometer radius of the high risk areas, especially in the areas of Bago Bantay and Barangays Philam, Bagong Pag-asa, and Ramon Magsaysay, as well as in Barangay Bagbag in District 5.

Aside from these, the City Veterinarian has also intensified impounding stray animals that are usually the carriers of the rabies virus.

Spay and Neuter campaigns have also been intensified to control the growing dog population.

According to City Veterinarian Dr. Ana Marie Cabel, if a person gets bitten by an animal, he or she should go to the nearest health center and report the incident. The individual will then be referred to the city’s animal bite center to receive proper treatment.

The city vet will also conduct on-site investigations and will advise pet owners in the area to have their pets vaccinated immediately.

The city has been conducting regular anti-rabies vaccination drives and is set to provide better services for pets as veterinary clinics will soon be established per district.

A pet crematorium is also in the pipeline, as well as a new city pound in Payatas scheduled for inauguration in mid March.