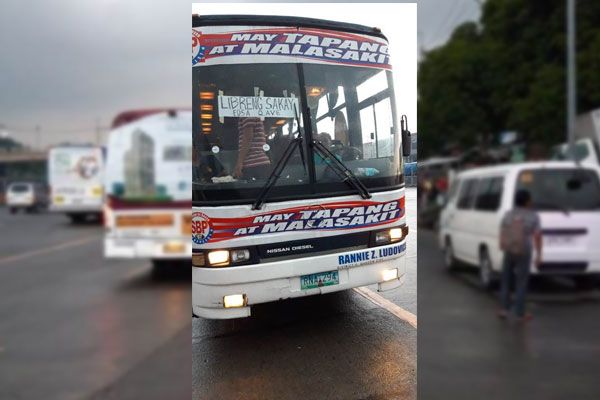 Commuters waiting for buses along Commonwealth Avenue no longer have to occupy one side of the highway to catch a ride.

The Quezon City government has launched a “Libreng Sakay” program where commuters can ride buses for free going to EDSA-Quezon Avenue.

The idea was a brainchild of Quezon City Task Force for Transport and Traffic Management Ariel Inton.

Mayor Joy Belmonte welcomed the positive results of Inton’s initiative. In a Facebook post, she shared the message of the city’s traffic czar to her about the status of commuters along Commonwealth Avenue.

“Good am mayor. We are along commonwealth. Happy to report mayor that the perennial shortage of buses to ferry thousands of passengers along Commonwealth is solved .MMDA has committed 30 buses at least to originate at Dona Carmen. Hence sure na po ang masasakyan. Then we have UV express pa.Supplemented by libreng sakay,” Inton said.