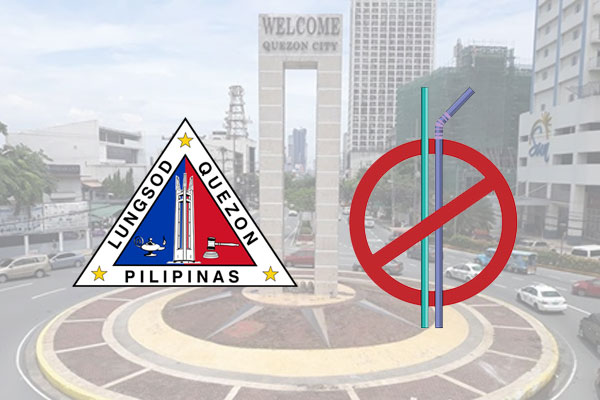 Single-use plastics and disposable materials are set to be banned in Quezon City’s hotels and restaurants with the approval of City Ordinance No. 2876.

The ordinance prohibits the distribution and/or use of single-use plastics/disposable materials, including cutlery for dine-in purposes in these establishments.

“The use of throw-away plates, spoons, forks, cups and other plastic and paper disposables for dining purposes will soon be banned in hotels and restaurants in Quezon City,’’ Joy Belmonte said.

In a joint press conference with environmental group EcoWasteCoalition, Belmonte said the measure was long overdue as she cited principal author and Councilor Dorothy Delarmente and the other members of the city council for its approval.

“The local government of Quezon City is taking this action to prevent and reduce the generation of waste materials that are hardly recovered and recycled, and to promote sustainable practices, especially in the city’s thriving hotel and restaurant industry,” she added.

With the looming single-use plastics ban, Belmonte expressed high hopes of a significant drop in the volume of residual and plastic waste in the city once the Implementing Rules and Regulations of this ordinance are duly promulgated.

“This will be beneficial for the environment and the people as these avoidable wastes are known to add to the city’s huge waste production and to littering and flooding problems,” Belmonte pointed out.

For her part, Delarmente emphasized “the enactment of this measure and its subsequent enforcement is essential amid the clamor against throw-away materials, both plastic and paper-based, which go straight to the bin after being used for just a few minutes.”

“In this ordinance, paper alternatives for paper cups, plates and straws are not considered an option since these are not recyclable, but disposable,” clarified Delarmente, who chairs the City Council’s Committee on Parks and Environment.

Aileen Lucero, national coordinator of the EcoWaste Coalition, commended the pollution prevention ordinance against plastic and paper disposables, calling it a step in the right direction.

“This action from the ground should encourage the speedy approval of a robust national legislation phasing out single-use plastics and other disposables to advance the consumption and production agenda in the country,” Lucero pointed out.

Sonia Mendoza, chairman of the Mother Earth Foundation, also welcomed the passage of the measure saying other local government units should take their cue from Quezon City and enact similar measures “that will address the proliferation of throw-away packaging such as single-use plastics, which constitute a main obstacle in community efforts to reach the Zero Waste goal.”

Among the single-use and disposable materials not allowed for dine-in customers in the city’s hotels and restaurants are plastic spoons, forks and knives; plastic/paper cups, plates, straws, stirrers; and styrofoam.

Delarmente said hotels are further prohibited from distributing bar and liquid soaps, shampoos and conditioners, shower gels, and other items used for hygienic purposes in sachets and single-use containers.

The Environmental Protection and Waste Management Department (EPWMD) and the Business Permits and Licensing Department (BPLD) are mandated to ensure compliance of hotels and restaurants to the provisions of the Ordinance, with the Environmental Inspectors of the EPWMD tasked to issue Environmental Violation Receipts (EVRs) to violators.

Based on Quezon City’s Waste Analysis and Characterization Study (WACS) conducted in 2013, 0.81 percent of the 9.64 percent of “recyclable plastic waste” generated by the city is comprised of single-use cutlery, including plastic cups, spoons and forks, which is equivalent to 2.6 tons per day or approximately one (1) truck load of a mini-dump truck.