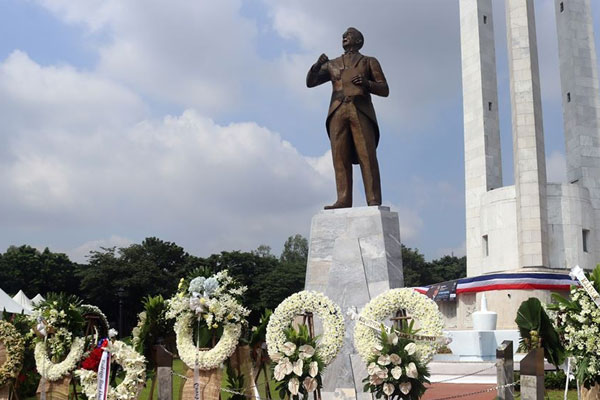 President Manuel L. Quezon’s grandson called on Filipinos to emulate the ideals his grandfather lived by on the occassion of the late president’s 141st birth anniversary at the Quezon Memorial Circle in Quezon City Monday, August 19.

"On this day, let us remember the example set by Quezon, that integrity adheres to principles and the willingness to do what is right regardless of the consequences is what defines us in our legacy for the future generation,” Emilio Avanceña, Quezon’s grandson by his daughter Zenaida, said.

Mayor Joy Belmonte led this year’s celebrations, her first as the city’s chief executive with Israeli Ambassador to the Philippines Rafael Harpaz as the guest of honor and speaker.

In his speech, Harpaz recalled Quezon’s contributions to the country and the people of Israel during the Holocaust.
Ambassador Harpaz expressed his gratitude to President Quezon for saving the lives of over 1,200 Jewish refugees by allowing them into the Philippines.

Quezon was also known for pushing for women's sufferage in 1937 and the adoption of Filipino as the national language.
President Quezon died in New York in the United States in 1944 while head of state of the Philippine Commonwealth in exile during the Second World War.