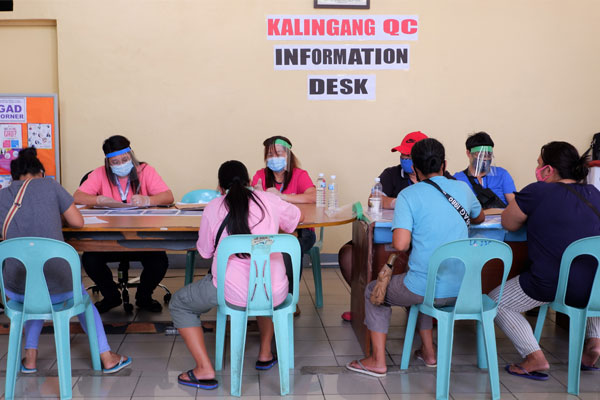 Following the President’s declaration on Monday (May 5) that the women of aid beneficiary families, instead of the men, should receive the cash subsidy under the social amelioration program (SAP), Barangay Matandang Balara in Quezon City distributed the payout to women on Tuesday, leaving the men scratching their heads.

The President was irked by reports that most men supposedly use the cash aid given to them for their families’ needs for non-essential purposes such as gambling, drinking sprees, and illegal drugs.

This prompted the President to say that it is better for women to receive the financial assistance amid the COVID-19 crisis, as they would most likely use it for their families’ needs.

In an interview over GMA News, Barangay Chairman Allan Franza said the male heads of families who filled up the SAP forms were ordered to write authorization letters for their spouses or female relatives.

He said there were instances in his area when family spats occur as the men spend the SAP subsidies on their vices.

Franza noted that this policy was imposed in his turf even without any official order from higher ups.

Some males disagreed with the new system, one of them a male solo parent with three children who complained that the policy only sowed confusion in his case.

Others said they feared their wives and female relatives would be exposed to the virus if they went out, as most men and not women are the holders of the quarantine passes that allow them to leave home to buy essential items.

A construction worker said because this move of the barangay meant his wife had to step out of their home, she is now exposed to and at risk for the disease.

According to the latest Quezon City Health Department (QCHD) data, Barangay Matandang Balara has 41 COVID-9 cases, the third-highest number in the city next only to Barangays Batasan Hills with 57 and Culiat with 43.