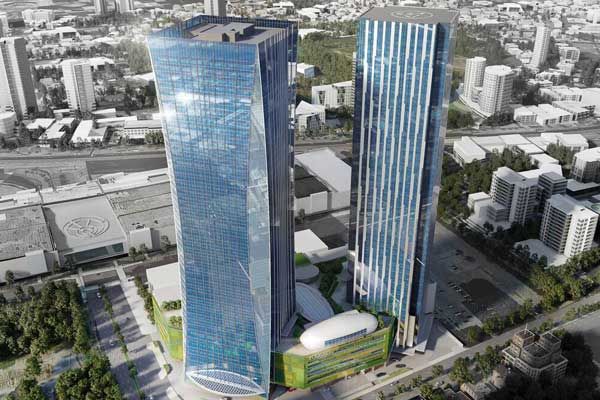 The Podium opens in Ortigas

Singaporean developer Keppel Land Limited and BDO Unibank Inc., a member of the SM Group, on Tuesday held the grand opening of The Podium, a premium office and retail mixed-use development in Ortigas Center.

Keppel Philippines Properties, a subsidiary of Keppel Land, holds a 40-percent stake in The Podium, while BDO holds the remaining shares.

No less than the president of Singapore, Madam Halimah Yacob, was the guest of honor during the opening.

“Today, we mark the completion of The Podium development, comprising an expanded Podium mall and an office tower, which is envisioned to serve the growing demand for prime office spaces of the Ortigas Center. The Podium project clearly demonstrates the shared optimism of Keppel and BDO on the growth prospects of the Philippines’ retail and office sector as economic growth and domestic demand remain strong,” said BDO chairperson Teresita Sy-Coson.

Keppel Land CEO Tan Swee Yiow said Keppel Land has been contributing to and participating in the growth of the Philippines’ economy since the early 1990s. “The Podium is a landmark commercial development that hosts multinational companies and retail tenants and its successful completion is a testament of the strong relationships, network and execution capabilities that we have built up over the years,” he said.

Developed in phases, Phase One of The Podium comprises The Podium retail mall, which was opened in 2002. Phase Two retail mall commenced operations in 2017. Construction of The Podium West Tower started in 2015 and was completed in May 2019.

The total net leasable area of The Podium development is about 140,000 square meters comprising about 50,000 sqm of retail space and about 90,000 sqm of office space.

The Podium has a 2,000 sqm garden wall, the largest vertical green wall in the country with over 6,500 plants, which provides a green lung to the property’s environment.

In recognition of its sustainable features, The Podium was awarded the LEED Gold Mark (Core & Shell) pre-certification by the US Green Building Council, and is the first building in the Philippines to receive the provisional Green Mark Gold Award by the Building and Construction Authority of Singapore.