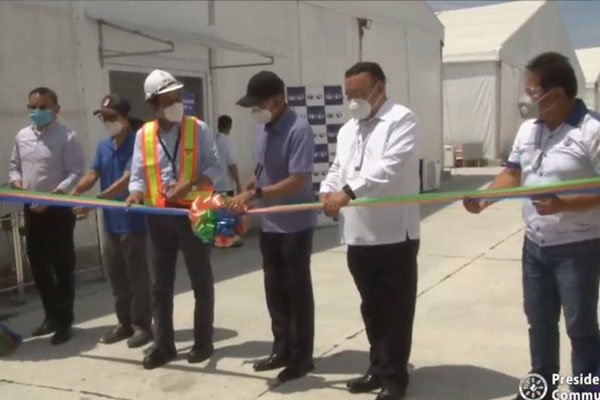 The Razon Group turned over its P225-million 600-bed quarantine facility donation to the government, said to be the biggest in Metro Manila, according to a report by GMA News.

Dubbed as the Solaire-PAGCOR Mega Quarantine Center, the facility is located at the Bagong Nayong Pilipino in Parañaque City.

"The Solaire-PAGCOR Mega Quarantine Center is so far the biggest quarantine facility in Metro Manila constructed in partnership with the Razon Group," state-run Radio Television Malacañang said in a social media post.

"Its 600-bed capacity can cater to asymptomatic Coronavirus Disease 2019 (COVID-19) patients and those with mild symptoms from Metro Manila and nearby provinces such as Bulacan, Cavite, Laguna, Batangas, Rizal and Quezon," it added.

Under the partnership, Solaire took charge of the construction of the facility which will be operated by the government.

"Now, if ever na mayroon kaming kaso, we are welcome to use them. 'Yun ang arrangment ng gobyerno at tsaka ng Razon Group," Aquino said during a virtual briefing with Presidential spokesperson Harry Roque, Jr.

Moving forward, the Razon Group said it is willing to enter more public-private partnerships to curb the spread of the coronavirus disease 2019 (COVID-19).

Gonzalez serves as director of Bloomberry Resorts Corporation which operates Solaire. He is also the executive vice president of the International Container Terminal Services, Inc. (ICTSI).