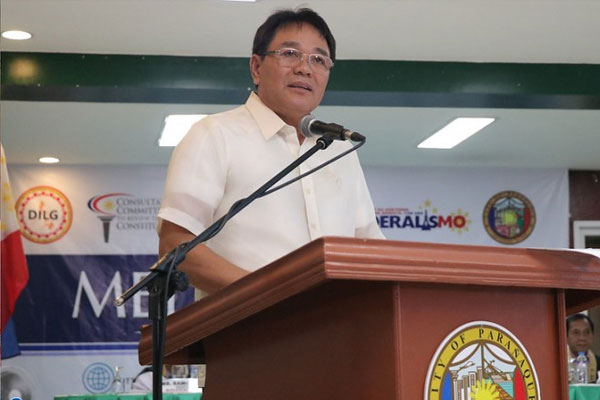 Mayor Edwin Olivarez is expecting that Parañaque City will become a premier city in the next two or years under the new administration led by his younger brother, mayor-elect Rep. Eric Olivarez, according to a report by Manila Bulletin.

Olivarez said that during his nine-year term as mayor, he was able to fulfil one of his dreams — generating more jobs for city residents — with the constructions of high rise buildings in Manila Bay area like the Okada, Solaire, City of Dreams Resorts and Casino.

He said there are more infrastructure projects coming into the city under the administration of his brother.

The mayor bared his wish during the “Appreciation Night” given to him by his department heads, barangay captains, and the city council held at Okada Resorts and Casino on June 15.

Olivarez said had served the city well because of the help and cooperation of his department heads and the barangay captains, especially on health services during the Covid-19 pandemic.

He said working together and setting aside the political colors and differences is a big challenge for him to work hard for the betterment of the city and residents.

The mayor thanked them for “Appreciation Night”, saying that he will cherish their love, help and cooperation during his nine years of service as chief executive of the city.