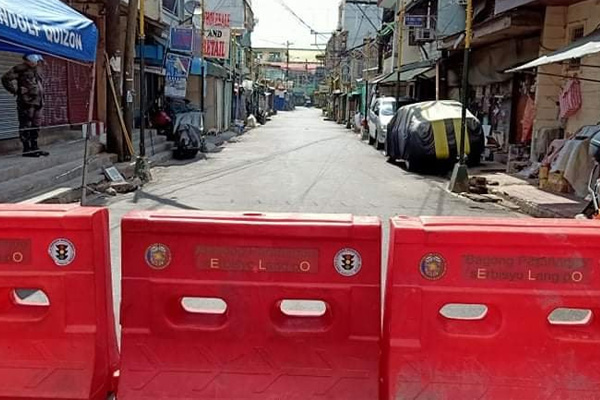 More Parañaque streets to be placed under lockdown

Paranaque City plans to place more streets or sitios in two barangays under “calibrated lockdown” because of the surge of coronavirus disease 2019 (Covid-19) cases in these areas.

Mayor Edwin Olivarez said the city was considering placing more streets under lockdown in response to the call of the national government to limit lockdowns on streets with high number of Covid-19 cases to mitigate the impact of the pandemic on the economy.

Olivarez said the streets were initially recommended by barangay health officers and were selected by the city’s health department, based on the results of the community-based testing conducted by the Epidemiology and Surveillance Unit.

“We consider some streets or sitios in these barangays as critical areas. This is our immediate concern,” Olivarez said.

He added that officials would first seek the approval of the regional Inter-Agency Task Force that would issue new guidelines on localized barangay lockdowns.

The mayor said they would only enforce lockdowns in a barangay upon the recommendation of village officials.

For several weeks, concerned residents of the two villages have asked the city government to immediately implement a hard lockdown as the number of virus cases continue to rise and amid reports that many residents have been violating health protocols.

The city government on Thursday placed 10 streets in Barangay Baclaran under a three-day calibrated lockdown for three days.