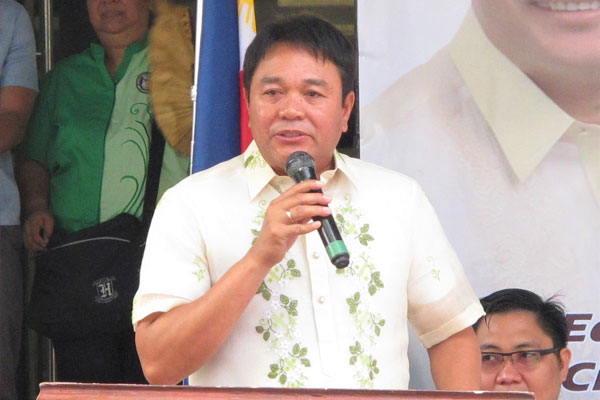 Paranaque City Mayor Edwin Olivarez said at least five barangays in the city will be placed under “strict community quarantine” for three days next week following the surge of Covid-19 cases in the city.

Olivarez said he would be issuing an executive order for the imposition of the SCQ, which would only allow health frontliners, essential workers, and residents with emergencies to head out of their homes.

As of May 10, the city has recorded a total number of 578 individuals affected with the virus and 40 deaths while 148 patients recovered.

Currently, there are 701 suspected cases in two districts and 1,214 probable cases in the entire city.

Olivarez said the increase in cases was due to its improved mass testing method for the past three weeks.

He also said that during the lockdown they would seek to conduct rapid testing on 3,000 individuals each of the barangays.

“Rapid COVID-19 tests will be administered to the five barangays right after the suspected cases, particulary the positive cases, are placed at the city’s isolation facilities,” Olivarez said.

Under the lockdown, Olivarez said banks, stores, gasoline stations, money remittance centers, markets would be closed, while unauthorized vehicles would not be allowed to exit or enter the area.

He assured the residents, however, that they would be receiving food packs, including the cash aid from the city government, before the said community lockdown. The cash aid is separate from the P8,000 cash assistance under the government’s Social Amelioration Program (SAP) amid the COVID-19 pandemic.

It can be recalled that the city government the other day opened an additional isolation facility in Barangay Baclaran to cater to individuals who would be found positive, probable, suspected with COVID-19.