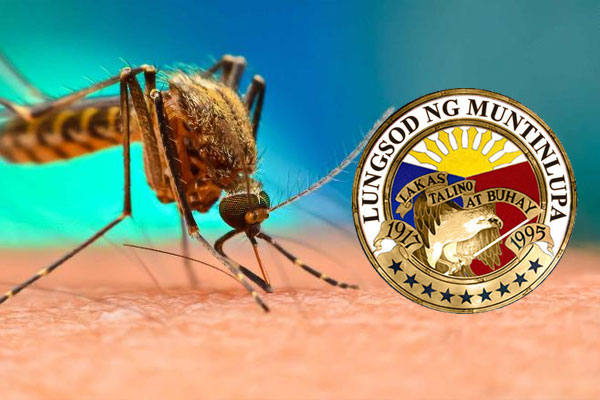 Muntinlupa’s dengue cases totaled more than 100 from January to July 14 this year as the city government reminded the public to destroy breeding grounds of mosquitoes, according to a report by Manila Bulletin.

According to Dr. Juancho Bunyi, head of the Muntinlupa City Health Office (CHO), from Jan. 1 to July 14 this year, a total of 105 dengue cases were reported in the city.

The total is higher by 19.32 percent compared to 88 dengue cases recorded during the same period last year. From July 7 to 14, the CHO tallied 14 new dengue cases in Muntinlupa.

Ayala Alabang has the highest dengue attack rate with 5.53 per 10,000 population while Bayanan has the lowest with 0.5.

Bunyi said the CHO is still focusing on search and destroy strategy, referring to destroying the breeding sites of mosquitoes.

“Still focus on search and destroy strategy. We are continuously doing screening tests in all health centers especially among those living in high risk areas. Another concern will be the leptospirosis alert especially those individuals wading in flooded areas,” he said.

According to the Department of Health, leptospirosis “is an illness transmitted through mud or water contaminated by the urine of infected animals and is characterized by fever, headache, chills, muscle pains (myalgia), conjunctival suffusion (red eyes), and less frequently by meningitis, rash, jaundice (yellowish discoloration of the skin and eyes), or kidney failure.”