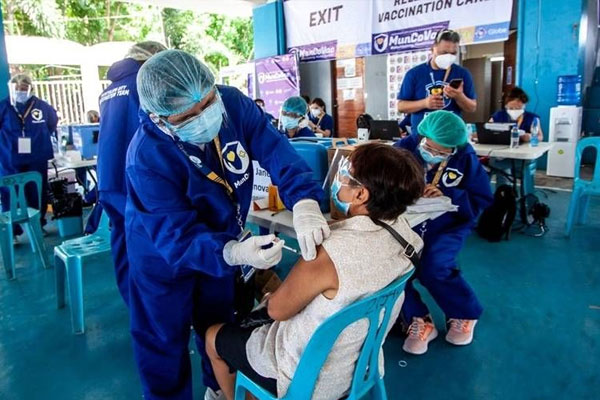 The Muntinlupa City government has administered second booster shots to more than 1,400 individuals, according to a report by Manila Bulletin.

The Department of Health (DOH) has allowed the administration of second booster shots using Pfizer-BioNTech and Moderna vaccines to immunocompromised individuals, frontline health workers (A1) aged 18 and above, and senior citizens (A2) aged 60 and above.

Data from the City Health Office (CHO) showed that as of May 21, a total of 1,423 individuals have received their second booster shot or fourth dose of the Covid-19 vaccine.

According to the DOH, the second booster shot is given four months after the first booster dose.

“The second booster for our health workers and senior citizens will enhance protection given by the first booster and the primary series against all variants, including the recent Omicron subvariant BA.2.12.1. said Health Usec. Maria Rosario Vergeire.

To date, 134,116 individuals in Muntinlupa have received their first booster shot, equivalent to 30.31 percent of the target population of 443,517.