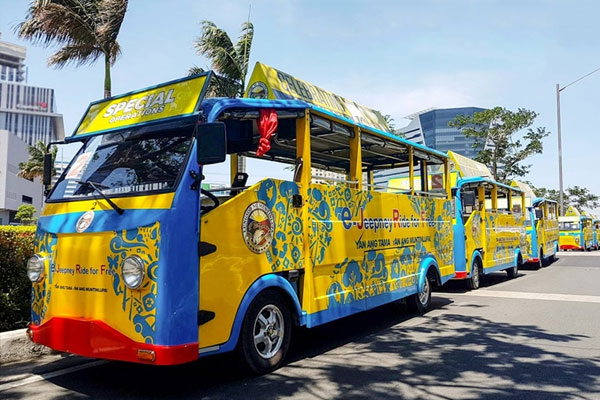 Muntinlupa City has been listed as a national finalist in the World Wide Fund for Nature’s (WWF) One Planet City Challenge (OPCC) this year.

The WWF-OPCC is a global competition that recognizes cities with effective climate change action plans. One to three cities per participating country are chosen as finalists.

Over 250 cities from 53 countries, including 13 from the Philippines, joined the 2020 WWF's One Planet City Challenge through the Global Covenant of Mayor's Unified Reporting System hosted by CDP and ICLEI.

WWF announced that Muntinlupa City, along with Batangas City and Santa Rosa in Laguna, has been selected as national finalists from the Philippines this year.

Muntinlupa, Batangas City, and Santa Rosa bested other Philippine cities in their efforts to reduce carbon emissions contributing to the global target of keeping the global average temperature rise to below 1.5 degrees Celsius.

The OPCC was launched in 2011 originally as the Earth Hour Challenge, a friendly competition wherein cities share best practices in climate mitigation and develop adaptation plans anchored in their crucial role towards building a sustainable and climate-safe future.

“In these trying times, being business-as-usual in the way we do things is no more sufficient to secure a safe and sustainable future. I would like to acknowledge the cities who participated in this initiative for pursuing innovative ways towards sustainable and healthy cities for the current and future generations,” WWF-Philippines Executive Director Jose Angelito Palma said.

The country’s finalists will be evaluated by the OPCC jury of experts, composed of urban sustainability experts from around the world, who will make the final selection of national winners and one global winner.

The three Philippine cities have also qualified to join the OPCC’s We Love Cities campaign, which aims to bridge better communication between city officials and citizens they represent on climate and sustainability issues.

The OPCC finalists this year are: