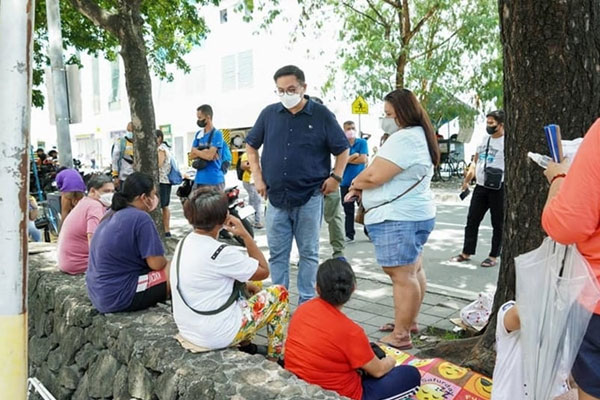 Muntinlupa Mayor Ruffy Biazon said he is aiming to improve various services and facilities at the city-run Ospital ng Muntinlupa (OsMun) in Alabang, according to a report by Manila Bulletin.

Biazon visited the hospital last week and inspected its facilities.

“I think we have to concentrate on making things better in the hospital,” said Biazon during the flag-raising ceremony at the Muntinlupa City hall quadrangle on July 18.

He said during his visit, he talked to people who were waiting outside the hospital. They were relatives and companions of patients but they were not allowed to be in hospital rooms due to existing Covid-19 protocols.  The mayor also talked to officials of the hospital.

“I think we need to get together to focus on this, to make sure that the public will get the right service that they deserve,” he said.

Biazon also said he is aiming to provide more incubators and dialysis machines at OsMun.

He also checked the new OsMun building which was jointly funded by him and former mayor and now Rep. Jaime Fresnedi.

Biazon said he will clean and improve the surroundings of the hospital. Unusable equipment and furniture will be removed and a green space will be built where people can stay.