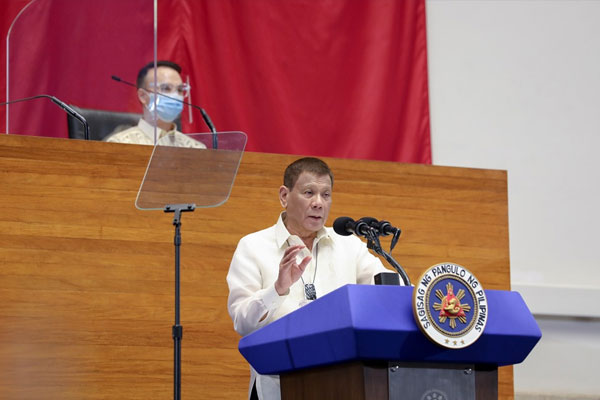 President Rodrigo Roa Duterte delivers his 5th State of the Nation Address at the House of Representatives Complex in Quezon City on July 27, 2020. / PCOO

President Rodrigo Duterte recognized the importance of the establishment of the National Academy of Sports (NAS) in the development of sports in the country.

"I appreciate the law of establishing the National Academy of Sports," Duterte said during his fifth State of the Nation Address (SONA) at the Batasang Pambansa in Quezon City.

The NAS, set to be built inside the New Clark City Sports Complex in Capas, was the landmark congressional act designed to develop sports future sports heroes.

The academy will cater to chosen student-athletes who will be given quality education and state-of-the-art sports training that will kickstart their journey to become future national athletes.

"We can now give our deserving student-athletes the training and the support they need to excel in their chosen field of endeavor," Duterte said.

Under the new law, the NAS is tasked to implement a secondary education program that is integrated with a special curriculum on sports to help young Filipino athletes develop further their sporting skills.

The creation of NAS, will be attached to the Department of Education (DepEd), was one of the the priority legislative measures mentioned by the President in last year’s SONA as recommended by Senator Christopher Lawrence ‘Bong’ Go.

During his penultimate SONA, Duterte also took the opportunity to thank the legislators as well as the executive department, particularly the Philippine Sports Commission, for the successful hosting of the 2019 Southeast Asian Games.

The Philippines won the overall championship of the biennial meet with 149 gold, 117 silver and 121 bronze medals.

"Our athletes prevailed. More than that, we fostered pride, patriotism, genuine sportsmanship, and camaraderie in our Southeast Asian brothers and sisters," Duterte said. "Indeed, we won as one." 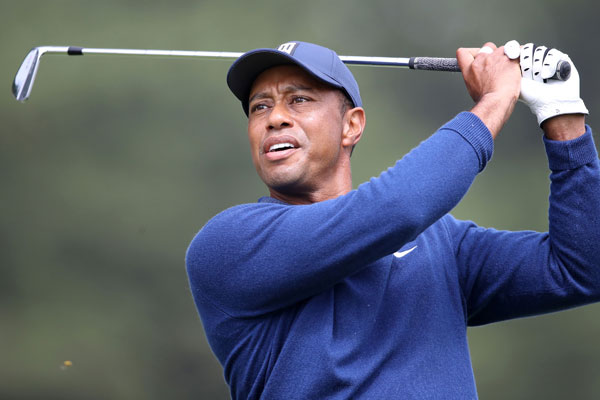 Tiger Woods took a page out of the Champions Tour playbook on Thursday to shoot a solid two-under 68 in the first round of the PGA Championship. The 44-year-old Woods, who has battled back problems for several years, switched to a longer putter for ... Senate President Vicente Sotto III said there is no such thing as privacy for officials holding high-level government positions. "When you hold a high public office, you are a servant of, and answerable to, the people. There is no privacy!&quot... Despite it being reserved for their use under the modified enhanced community quarantine (MECQ), no medical health worker and government employee availed of the free Pasig River Ferry Service (PRFS) that resumed operation on Aug. 4, according to Metr... 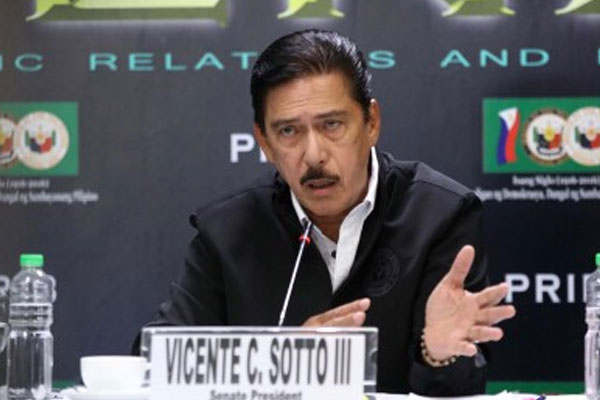 Senate to continue probe on PhilHealth