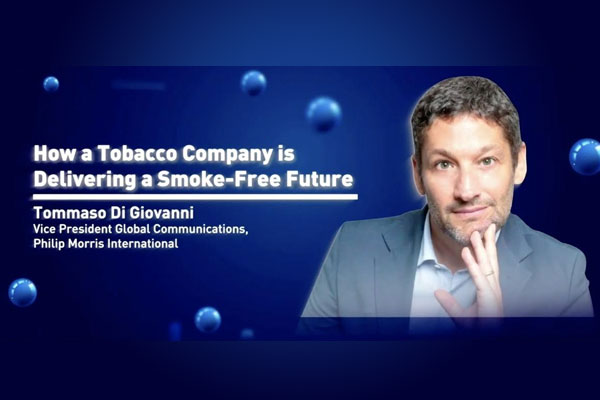 Tommaso Di Giovanni, vice president for global communications at PMI, made the statement during the 27th National Public Relations Congress held virtually by the Public Relations Society of the Philippines (PRSP). Di Giovanni spoke about how PMI is delivering a smoke-free future.

Philip Morris International (PMI) is on track to having a smoke-free Philippines in the near future as part of its vision to provide smokers who would otherwise continue to smoke with better alternatives to cigarette, according to a top executive.

Tommaso Di Giovanni, vice president for global communications at PMI, made the statement during the 27th National Public Relations Congress held virtually by the Public Relations Society of the Philippines (PRSP).  Di Giovanni spoke about how PMI is delivering a smoke-free future.

"Hopefully one day, yes," said Di Giovanni, responding to a question on whether PMI plans to stop selling cigarettes around the world.

He said, "The question is more when do we want to stop selling cigarettes, because we want cigarettes to be replaced everywhere” with better alternatives based on science.

“There’s no doubt, there’s no question.  We even had that voted by our board of directors, written in black and white, and shared with the Securities and Exchange Commission in the US and reported in the US.  So definitely that is our ambition," said Di Giovanni.

He said PMI believes that for smokers and for the company, “the best thing to do, now that we have products that are better choices, is to switch completely to them." he said.

Di Giovanni was referring to smoke-free alternatives such as PMI’s heated tobacco product IQOS which heats, instead of burns, tobacco and in the process significantly reduces the production of harmful compounds found in smoke from burning tobacco.

“Today we have almost 18 million smokers worldwide who have switched to our heated tobacco products,” he said, adding that in Japan, more than a quarter of smokers have already switched.

“Today, our leading heated tobacco product is sold in 64 countries around the globe. Almost 18 million smokers use it, and 72 percent of them abandoned cigarette completely.  We’re now expanding the portfolio because we also know that smokers have different preferences,” he said.

About 25 percent of PMI’s current revenues already come from better alternatives to cigarettes, he said.

PMFTC Inc., an affiliate of PMI, opened its heated tobacco stores in Metro Manila last year in a bid to reduce smoking rate in the country for the benefit of the public.

Di Giovanni said that quitting smoking remains the best option, however today, there are options that are much better choice for smokers who would still choose to use cigarettes.

Di Giovanni said PMI relies on science and technology to deliver this positive change,  “We've invested heavily in research and development for over a decade until in 2016, our CEO went public, and he said very clearly that our ambition was to replace all cigarettes” with better alternatives based on science as soon as possible.

“We started working at products that do not burn and therefore generate significantly lower levels of harmful compounds. We call them heated tobacco.  And that has been our focus since then,” he said.

PMI invested over $8 billion in research and development, scientific substantiation and early manufacturing of alternatives to cigarettes, he said.

Di Giovanni said the studies by PMI on these new products have been peer-reviewed by more than 350 scientific publications, making PMI the fifth largest holder of patents filed with the European Patent office.

Di Giovanni said, however, that major challenges remain, including the need to address the massive misinformation about nicotine.  “The biggest challenge is that the vast majority of people don't know and don't understand the value of those alternatives because they haven’t been informed,” he said, adding that many people still believe that it is the nicotine that causes diseases when people smoke.

“It’s not exactly right. Nicotine is addictive but it’s not the primary cause of smoking-related diseases.  Virtually all health authorities around the world say this. And it’s something that the vast majority of smokers don’t know. And if they don’t know it. They simply won’t understand the value of the new proposition,” he said.

Another challenge is the need to update legislation to include innovative products such as heated tobacco which did not exist in the 1980s or 1990s.  Di Giovanni said the United States became the first country to act and change these laws to ensure there’s a review of any claim made on tobacco products that are better choice for smokers.

Di Giovanni said the US Food and Drug Administration recently authorized IQOS for commercialization under a “modified exposure” order and was deemed “appropriate for the promotion of public health.”

Di Giovanni said this product is a much better alternative to cigarettes. “The vast majority of smokers either don’t quit.  In an estimate by the WHO (World Health Organization), by 2025, there will be approximately the same number of smokers as we have today. So, here is where we decided to transcend. We decided to think about what we can do to change our business and give all those smokers who would otherwise continue using cigarette a better alternative,” he said. 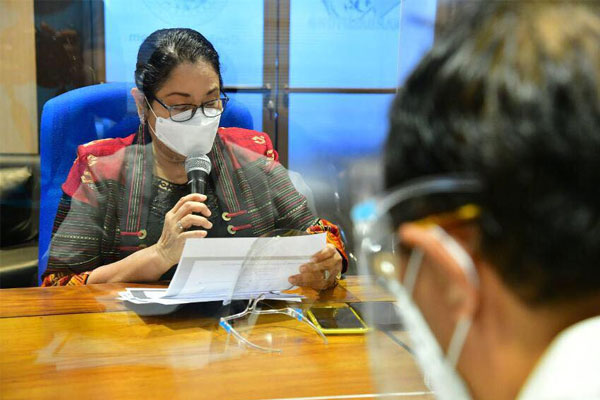 Mandaluyong City Mayor Menchie Abalos said no permit is required in opening a community pantry in the city, according to a report by Manila Bulletin. The mayor made the announcement as she lauded the efforts of the individuals who have set up c... 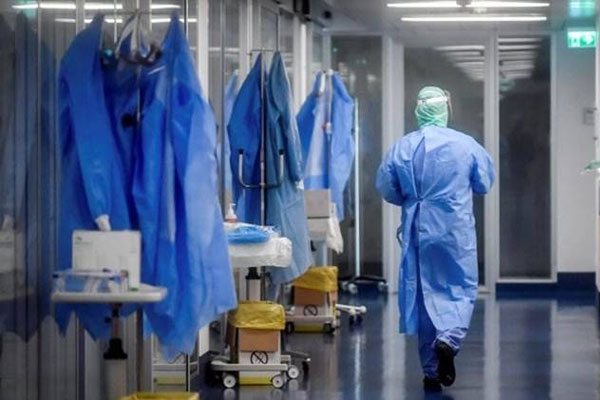 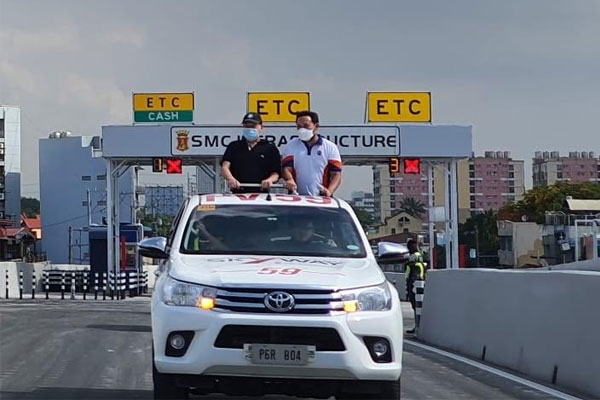 Starting April 22, motorists coming from both the north and south can now access Sta. Mesa and the City of Manila directly, in record time, as San Miguel Corporation (SMC) has formally opened the Nagtahan northbound and southbound exit ramps of the n...