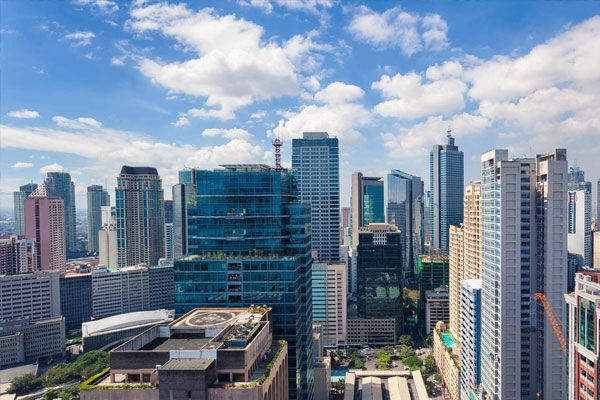 The country’s gross domestic product (GDP) expanded by 8.3 percent in the first quarter of 2022, surpassing pre-pandemic levels, as the full reopening of the economy further perked up consumer spending and business activities,  according to a report by Philippine News Agency.

This is a significant reversal from the 3.8-percent contraction in the same period last year. The economy posted a 5.9-percent pre-pandemic growth in 2019.

“Growth in the first quarter exceeded the median analyst forecast of 6.7 percent, making the Philippines the fastest growing economy in the East Asia region for the period,” said Socioeconomic Planning Secretary Karl Kendrick Chua, reading a joint statement of the government’s economic managers.

In a press briefing Thursday, Chua attributed the robust three-month economic growth mainly to the full reopening of the economy, with about 70 percent was placed in Alert Level 1 by the end of March.

He said a “significant piece missing” in the recovery is the resumption of face-to-face schooling, citing the learning loss and impact on future productivity of the children of restricted learning.

“Our strong economic performance moves us closer to achieving our growth target of 7 to 9 percent this year, but we will not rest on our laurels. We will continuously work hard to strengthen our domestic economy against heightened external risks such as the Russia- Ukraine conflict, China’s slowdown, and monetary normalization in the United States,” Chua said.

Chua said the government has taken steps to address the inflationary pressures brought about by the Russia-Ukraine conflict, while oil and food prices are rising.

He said it continues to implement various targeted subsidy programs for the public transport and agriculture sectors to cushion the impact of rising oil prices.

Chua, chief of the National Economic and Development Authority (NEDA), said the Department of Energy also continues its efforts to secure PHP1 to PHP4 per liter discounts from private oil companies for the public transport sector, while the Department of Agriculture is undertaking a fuel subsidy program for 159,000 farmers and fisherfolk.

He believed that the next administration has to “seriously think about the next set of tax reforms” to fund particularly the infrastructure program.

“But the most important is to continue this macro(economic) fiscal prudence, living within our means, raising tax reforms if needed to fund important investment in infrastructure and human capital development. So, I think that’s really the priority. That has been the policy for three consecutive administrations and we hope and believe that this is the important continuity that must be maintained,” he added.

Meanwhile, the Philippine Statistics Authority (PSA) reported that the main contributors to the first-quarter growth were manufacturing, 10.1 percent; wholesale and retail trade; repair of motor vehicles and motorcycles, 7.3 percent; and transportation and storage, 26.5 percent.

Among the major economic sectors, industry posted positive growth with 10.4 percent; services with 8.6 percent; and agriculture, forestry and fishing with 0.2 percent. President Rodrigo R. Duterte on Thursday reiterated his administration’s commitment to keep Filipinos safe and healthy as the country tries to recover and mitigate the impact of the Covid-19 pandemic on its economy, according to a report by Phi...