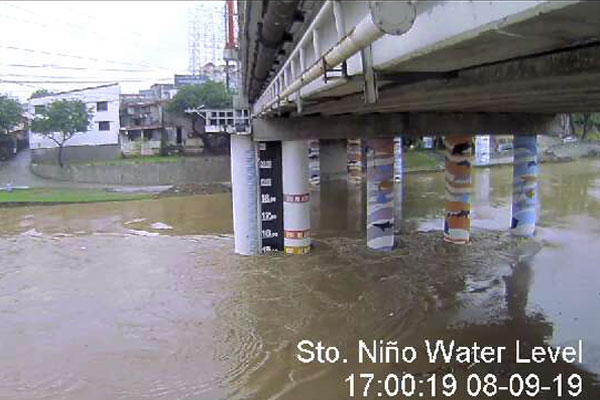 The water level at the Marikina River continued to rise on Friday as heavy rainfall brought by the southwest monsoon flooded Metro Manila streets.

Marikina City Public Information Office said that the water level in the river reached 15 meters above sea level as of 3:06 p.m.

“Marikina River water level has risen from 12.8 meters last night to 14 meters this morning,” it said in an earlier advisory.

“There was heavy and continuous downpour in the upstream areas surrounding Marikina,” the public information office added.

The water level is nearing its 15-meter mark that would trigger the first alarm.

Once the alarm was raised, residents living near the river will be advised to prepare for an evacuation if the water continuous to rise.

In a Facebook post, Marikina City Mayor Marcelino “Marcy” Teodoro said they were closely monitoring the river, as well as the amount of rain pouring on the mountains surrounding the city.

The city mayor earlier suspended the classes in the city on all levels, both public and private, due to the enhanced monsoon rains.